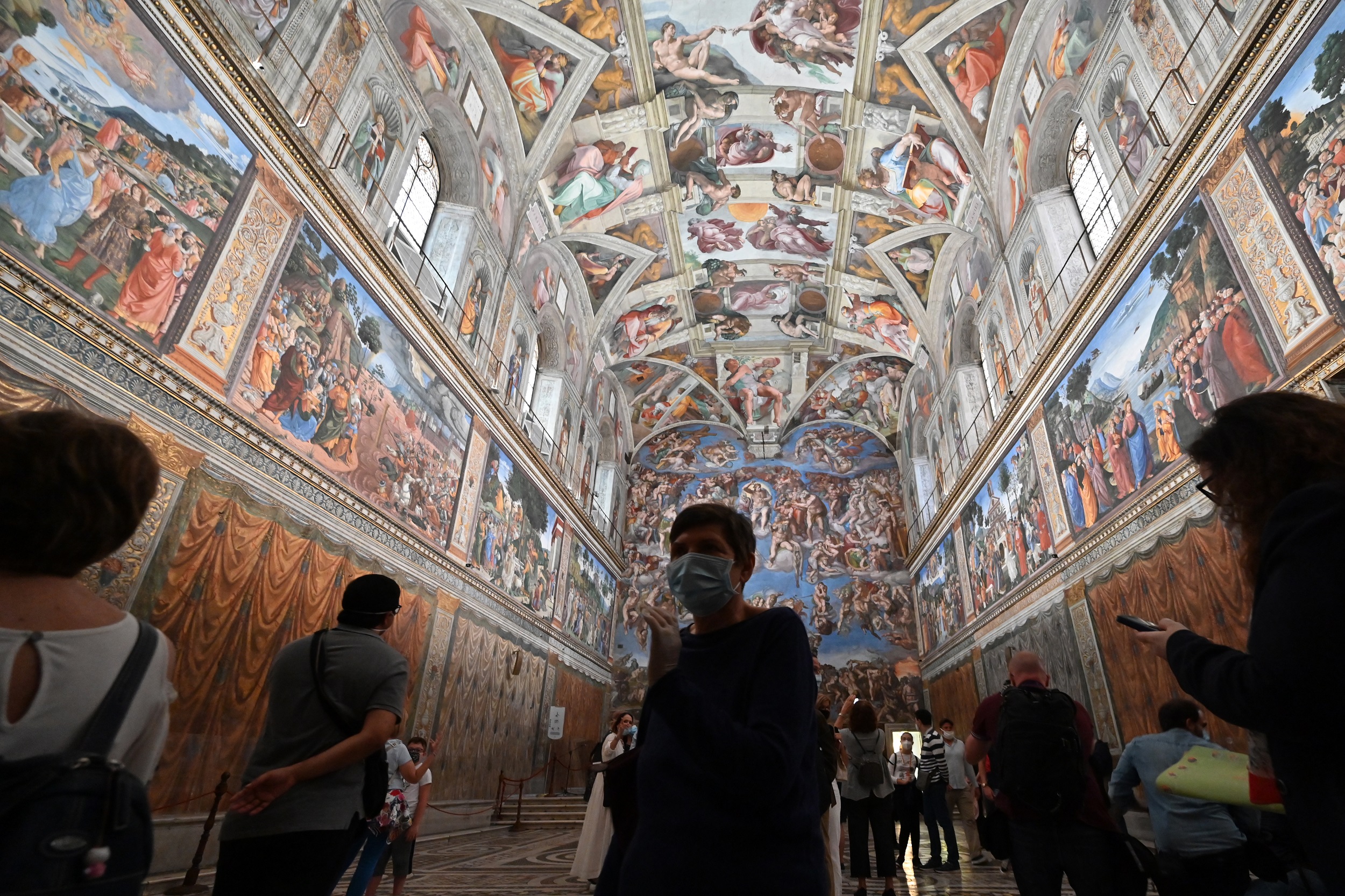 The Vatican Museums reopened to the public on Monday after being closed for nearly three months because of the coronavirus lockdown.

VATICAN CITY - If you've ever dreamed of being in the Sistine Chapel without feeling like you are craning your neck in a packed open-top tourist bus, now is your chance.

The Vatican Museums reopened to the public on Monday after being closed for nearly three months because of the coronavirus lockdown.

The Museums, which house some of the world's greatest Renaissance masterpieces as well as ancient Roman and Egyptian artefacts, can now be visited only by making online reservations in order to control the number of people attending at one time.

Visitors have their temperatures checked by remote thermal scanners and have to wear masks.

Still, that was a small inconvenience in exchange for being one of only about 25 people at a time on Monday in the Sistine Chapel, with its famous ceiling and Last Judgement panel painted by Michelangelo in the 16th century.

"The Vatican Museums are usually inaccessible because of the huge crowds of tourists, particularly foreigners," said Marisa, a Roman who declined to give her surname.

"We took advantage of the fact that there are not many tourists to see the beauty that is in here, and it was very emotional," she said.

The Museums received some 7 million visitors last year and are the Holy See's most reliable source of income, previously generating an estimated $100-million annually.

That number probably will not be seen again for some time because of the pandemic's effect on the travel and hotel industries.

During the closure, art lovers could visit the Museums via virtual tours online, but most would agree there's nothing like the real thing.

"Of course a digital tour is important, but a real visit to the real artworks can never be substituted by a virtual tour of our patrimony," said Barbara Jatta, the Museums' director.