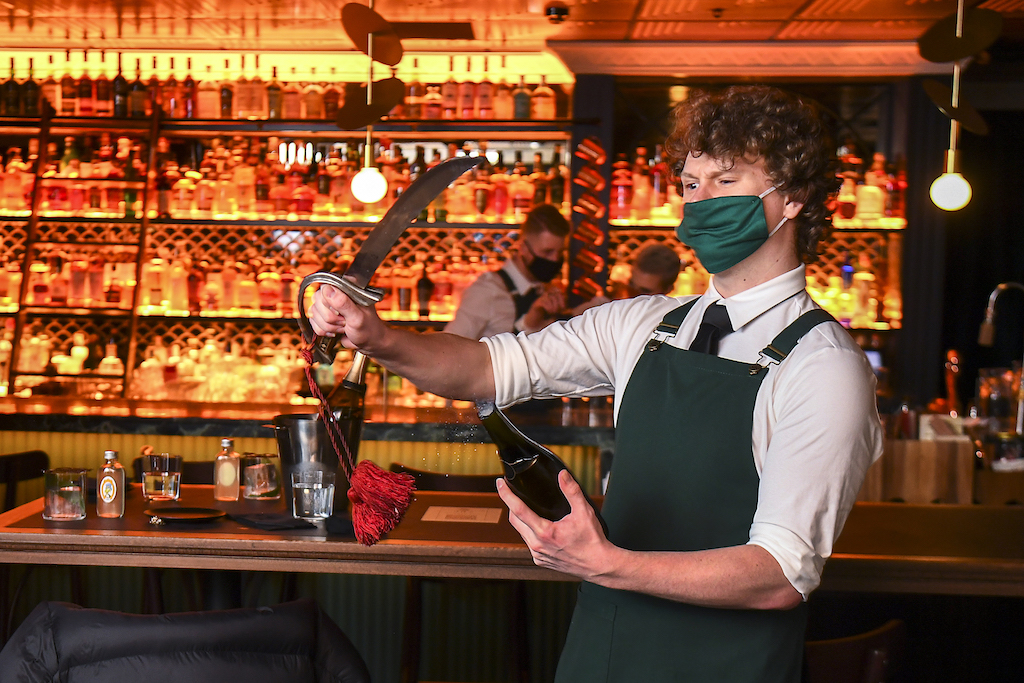 A bar staff member prepares drinks for patrons in Nick & Nora's bar at a midnight opening in Melbourne. AFP/William West

MELBOURNE - Bars reopened in Australia’s second-biggest city a tick after midnight on Wednesday as a gruelling months-long lockdown ended, with elated residents in Melbourne celebrating a "double donut" -- two days of no new coronavirus cases.

Melbourne and the surrounding state of Victoria has been the epicentre of Australia's second wave, with an outbreak that peaked at more than 700 daily cases in August.

He said that after months of hardship, he is raring to go, with customers booked in for a champagne celebration the moment it is permitted.

"We have been waiting a long time," he told AFP. "We've been closed for 61 percent of the year, so we're pretty keen -- we want to get into it straight away."

"It gives us great confidence that these numbers are an accurate picture of how much virus is out there," he told a press conference.

Fabrizio Succi, who jointly owns Melbourne eatery Tiamo, told AFP his team was scrambling to prepare for reopening after being given the green light on Monday.

"We had to man the phones -- everybody all of sudden had all this freedom and wanted to book, which was wonderful," he said.

Beauty salons and retail stores are also permitted to welcome back customers, but gyms have been forced to wait until 8 November.