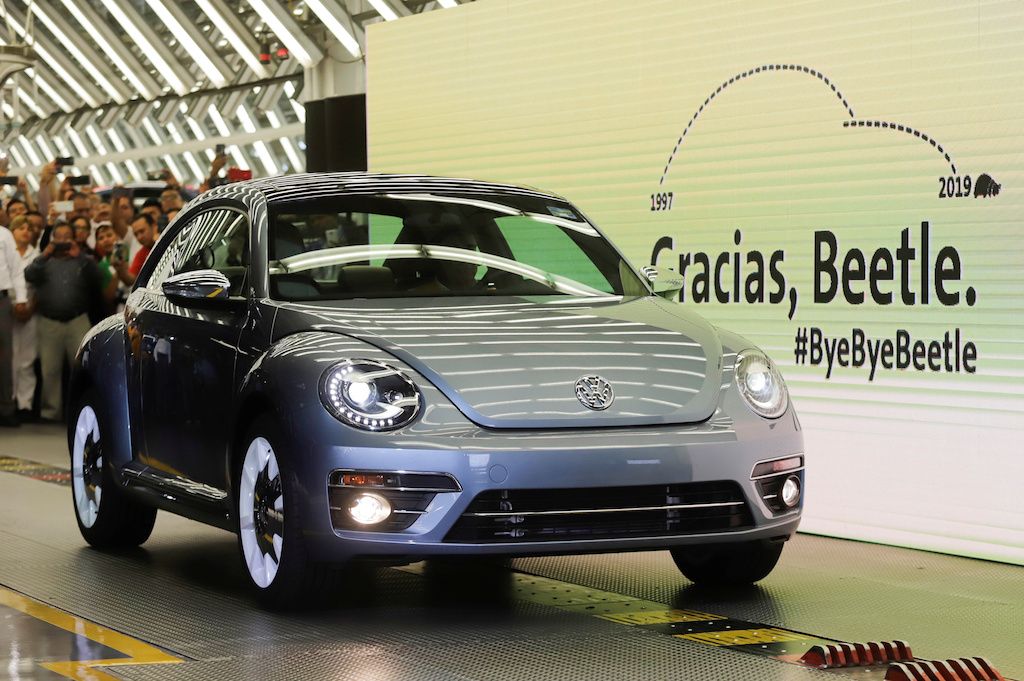 A Volkswagen Beetle car is displayed during a ceremony marking the end of production of VW Beetle cars, at company's assembly plant in Puebla, Mexico, 10 July 2019.

PUEBLA  - Volkswagen rolled the last Beetle off the assembly line on Wednesday, the end of the road for a car that ran from Nazi Germany through hippie counterculture but failed to navigate a swerve in consumer tastes toward SUVs.

Serenaded by a mariachi band and surrounded by proud factory workers, the final units of the retro, rounded compact were celebrated at a VW plant in Mexico's central Puebla state more than 80 years after the model was introduced in Germany.

The bigger vehicles are more popular in the United States, the main export market for the Mexico factory.

The last Beetles will be sold on Amazon.com in a move symbolising the company's embrace of the future, Reiche said.

"Today is the last day. It has been very emotional," he said.

The current design was the third version of the Beetle after two earlier cancellations and revivals of the marque.

The "bug," as the Beetle was nicknamed, debuted in 1938 as an affordable vehicle commissioned by Adolf Hitler to promote car ownership among Germans.

With its funky design and inexpensive price, the car became a success story over subsequent decades and was one of the top-selling models of all time as well as the best-selling import in the United States in the 1960s, according to auto publications.

In the 1960s, the Beetle was a small-is-beautiful icon of the postwar Baby Boom generation.

Despite its place in popular culture, sales of the Beetle have been lackluster in recent years.

The German automaker announced in September that the Beetle would go extinct.