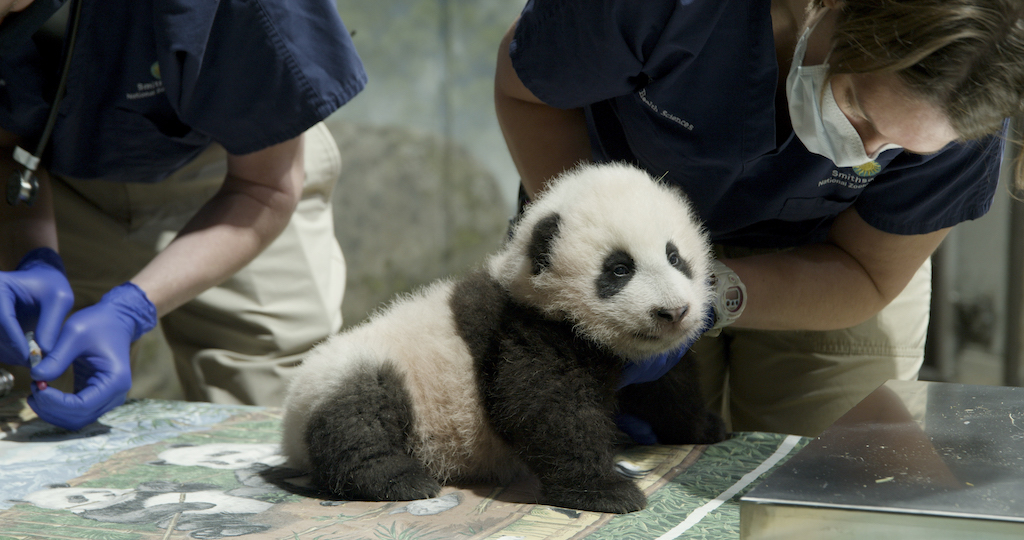 After five days of voting and just under 135,000 votes, the panda cub at the Smithsonian’s National Zoo, is now named Xiao Qi Ji (SHIAU-chi-ji), which translates as “little miracle” in English. AFP/Smithsonian's National Zoo

WASHINGTON - The votes are in and counted and the giant panda born at the Washington zoo three months ago is to be named Xiao Qi Ji, or "Little Miracle," the zoo in the US capital said.

Xiao Qi Ji was one of four Mandarin Chinese names put up for public online vote and nearly 135,000 votes were received between November 16 and 20, the Smithsonian's National Zoo said.

"Giant pandas are an international symbol of endangered wildlife and hope, and Xiao Qi Ji's birth offered the world a much-needed moment of joy amidst the Covid-19 pandemic," the zoo said in a statement.

The male panda was born on 21 August to Mei Xiang, the second-oldest documented giant panda in the world to give birth.

More than 1.5 million people have tuned in to watch the baby panda and Mei Xiang on the zoo's Giant Panda Cam.

"We are grateful that those who share in our joy have helped us pick the perfect name for our panda cub."

Mei Xiang has now given birth to four surviving offspring.