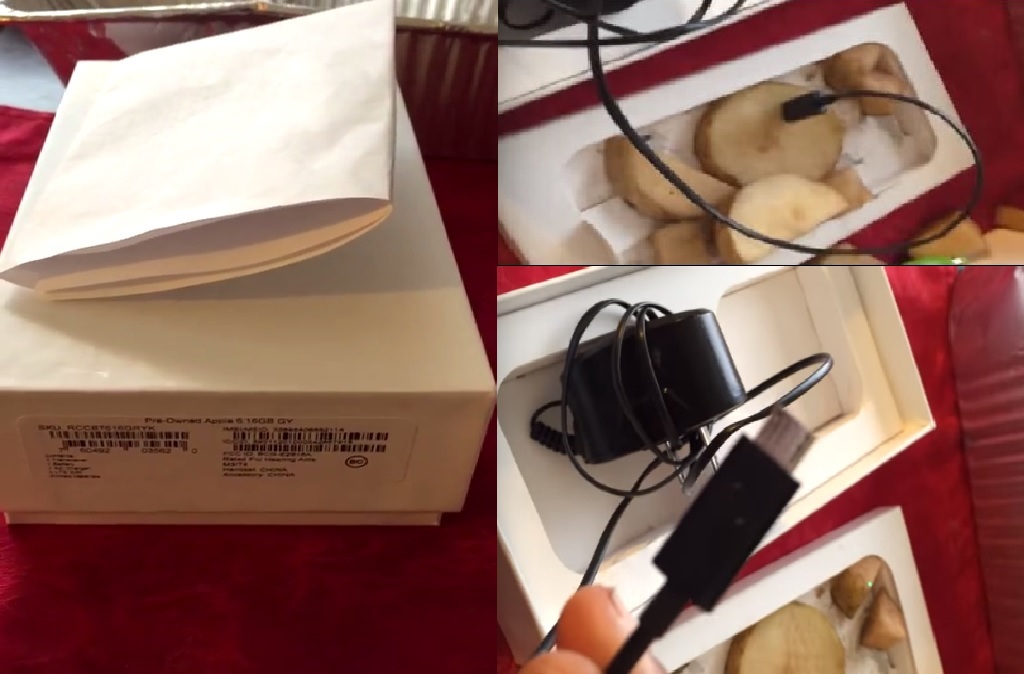 Still images from the video of a woman explaining how she was scammed, on Black Friday, into purchasing a box of potatoes when she thought she was buying an iPhone 6, 28 October 2017.

JOHANNESBURG – A video of a woman who accuses a vendor of selling her a box of potatoes when she thought she was purchasing an iPhone 6 on Black Friday has gone viral.

The annual Black Friday retail sale is supposed to be an opportunity for people to get bargain prices but this woman from Wisconsin in the United States was tricked by a scammer.

She says that she was shopping in the Milwaukee where she saw a truck filled with gadgets and she thought she struck a bargain when the vendor offered to sell her an iPhone 6 for $100 (about R1374.76).

“They have everything you could name: shoes, watches, clothes, purses, CDs – everything – phones, laptops,” she says on the video.

The woman then asked the man to call the phone so that she could see the number. The phone rang, so she assumed it was a legitimate purchase.

She then got home and sat in her kitchen, about to play with her phone, when she realised the box was suspiciously heavy.

To her shock, the woman opened the box and realised she had been sold a box of potatoes and an Android charger.

View the video below: