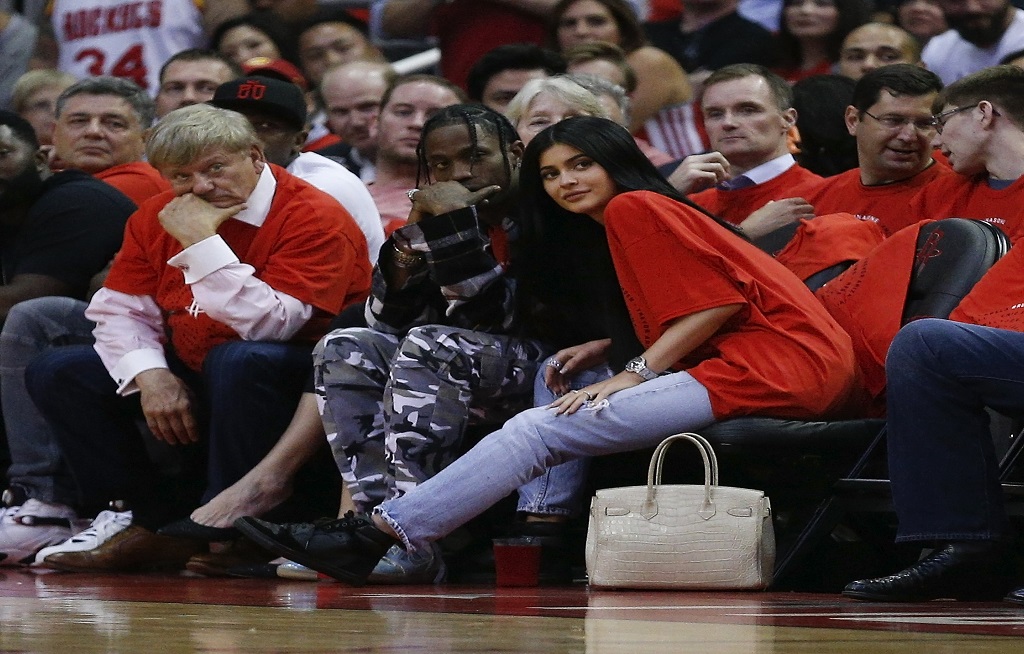 Houston rapper Travis Scott and Kylie Jenner watch courtside during Game Five of the Western Conference Quarterfinals game of the 2017 NBA Playoffs at Toyota Center on April 25, 2017 in Houston, Texas.

LOS ANGELES – Kylie Jenner, the youngest member of the celebrity Kardashian family, was reported on Friday to be pregnant.

Kylie Jenner, the youngest sibling in the Kardashian-Jenner clan, is pregnant https://t.co/7693unaDcH pic.twitter.com/zIpL5XazUL

Celebrity news website TMZ, People magazine, and Buzzfeed all quoted sources as saying that Jenner, 20, the half-sister of Kim Kardashian, is expecting a baby with her boyfriend, the rapper Travis Scott.

Jenner, who has parlayed her family's reality TV show and a 97 million Instagram following into a lucrative cosmetics line, later posted a Snapchat photo in which she appeared to have a baby bump under an oversized black T-shirt.

Staying in tonight and watching the new episode of #LIFEOFKYLIE on E! this one is all about our adventures in peru with @smiletrain as they take us to visit their patients and partners. It was amazing to see up close the lives that have changed from my @kyliecosmetics donation and I'm excited to continue our relationship and help more people around the world smile!

People magazine, quoting unidentified sources, said the baby was due in February.

"The family has known for quite some time. She is really excited and so is Travis!" the magazine quoted one source as saying.

Another source said to be close to the family told People: "It is an unexpected, but completely amazing turn of events that she could not be more excited or thrilled about."

"Have you heard Kylie Jenner is pre-- pic.twitter.com/N8ee71AQqP

Jenner and Scott, 25, have been dating since April.