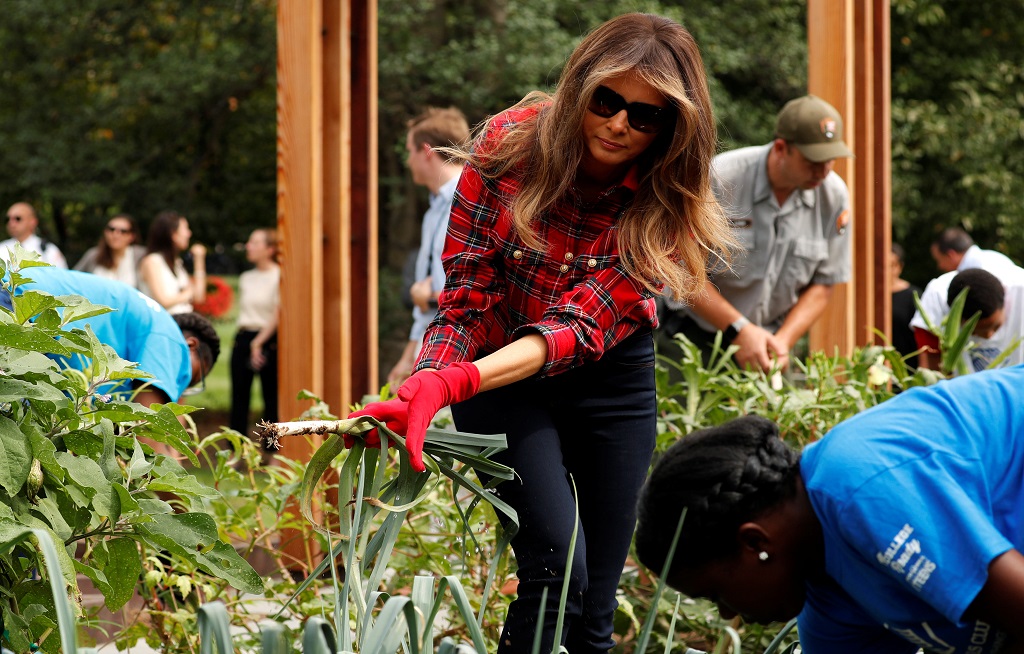 WAHSINGTON – Melania Trump made her first foray into the White House's vegetable garden Friday, following in the footsteps of its creator and her predecessor, Michelle Obama.

Dressed down in jeans, a plaid shirt and red gardening gloves, the first lady harvested and planted fresh produce alongside a dozen 11- and 12-year-old children.

"Thank you for coming and helping me to harvest," she told the children, who tended to plants including lettuce, radishes, carrots and turnips.

RT if you love our First Lady ???? pic.twitter.com/w87eGaBBJj

The immaculate White House Kitchen Garden, which can be seen through the gates to the White House South Lawn, was established in 2009 by Michelle Obama as part of her work fighting childhood obesity.

A stone left in the garden says she created it "with the hope of growing a healthier nation for our children."

"Healthy, nurturing and positive environments are instrumental in enhancing the well-being and mindfulness of all children," Trump said in a statement, suggesting she is keen to continue Obama's work.

And surprised Donald hasn't torched it since it's part of the Obama legacy. pic.twitter.com/F4tJMHqxXU

She added the garden is "a prime example of how children can enjoy the outdoors and learn about healthy eating and living."

The vegetable garden is the first grown at the White House since Eleanor Roosevelt's "victory garden," planted in 1943.