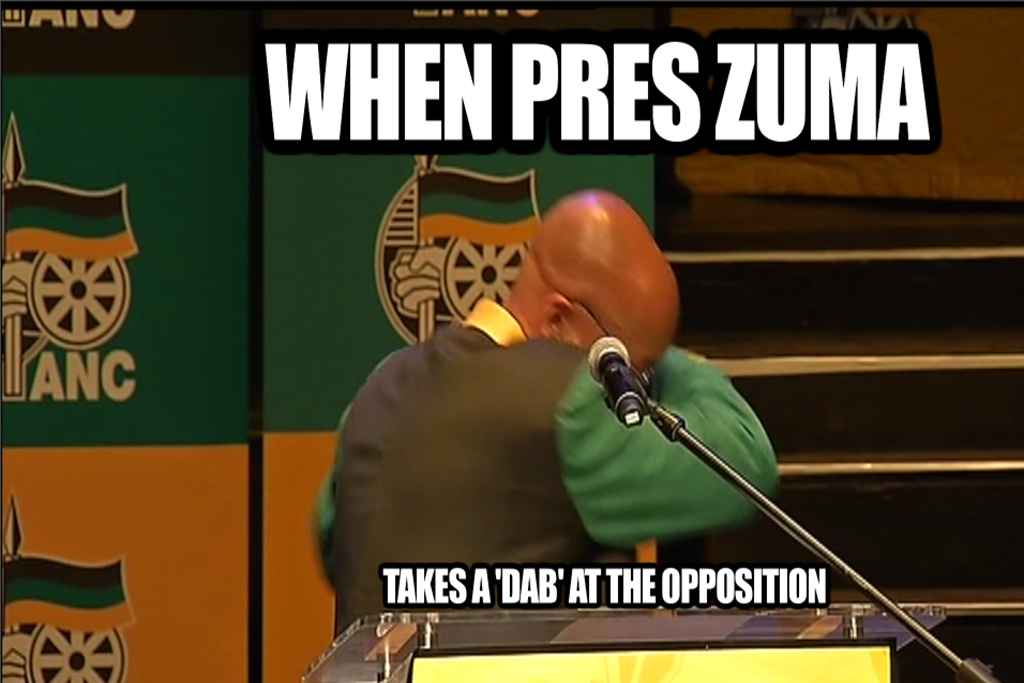 President Jacob Zuma decided to 'dab' a little while delivering his address at the ANC victory countdown in Johannesburg.

JOHANNESBURG - President Jacob Zuma spoke out strongly against opposition parties at the ANC victory countdown in Johannesburg on Wednesday evening.

Zuma called the IFP a formerly violent party, the EFF an angry party and said that COPE and the UDM are shrinking parties.

The President also took some time out to &39;dab&39;, a dance move made famous by hip hop artists in which the dancer simultaneously drops the head while raising an arm and the elbow in a gesture that has been noted to resemble sneezing.

Even Zuma has joined the dab challenge, I saw this last night and couldn&39;t wait to tweet it. cc @CharlotteSc0tt pic.twitter.com/KK414Gnj6y

How to dab tutorial

Watch different versions of the dab below

me: i have never dabbed in my entire life and i never will
taehyung: i like girls who dab
me: https://t.co/DjWE09sYvC