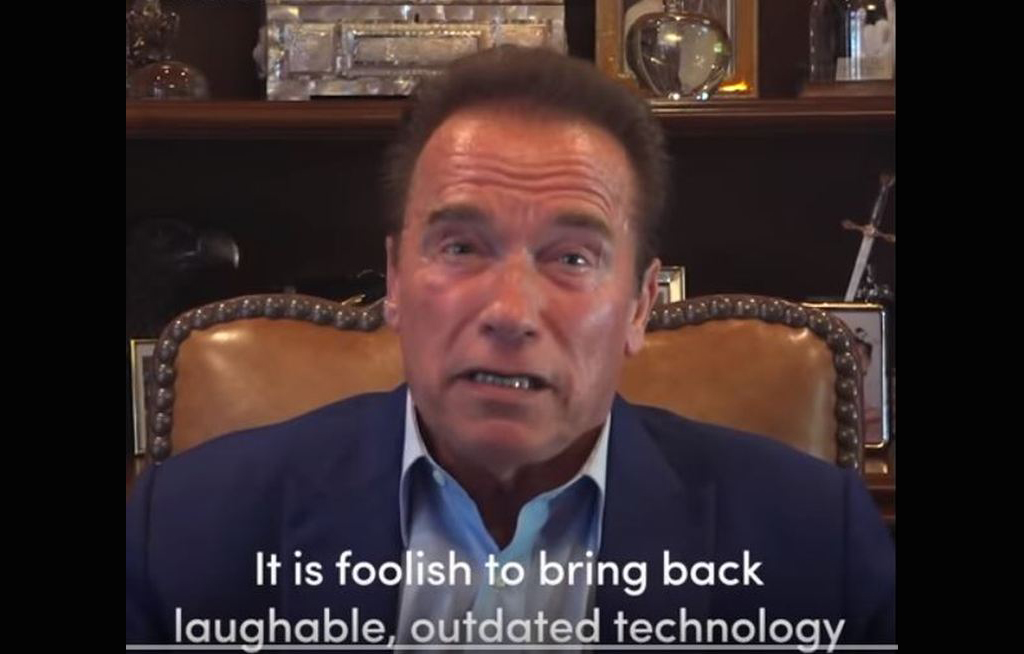 UNITED STATES: Former Governor of California and actor, Arnold Schwarzenegger, aka &39;The Terminator&39;, had a blunt message for President Trump regarding his attempts to force energy utilities to buy coal power.

Schwarzenegger released a video mocking Trump&39;s drive to support the coal industry, likening it to supporting the failed Blockbuster video chai over Netflix.

*View the attached video of Schwarzenegger&39;s hilarious take on Trump&39;s energy policy, a continuation of the long-standing animosity between the two larger-than-life American public figures.