What do we tell the kids? Children's TV struggles with LGBTQ characters 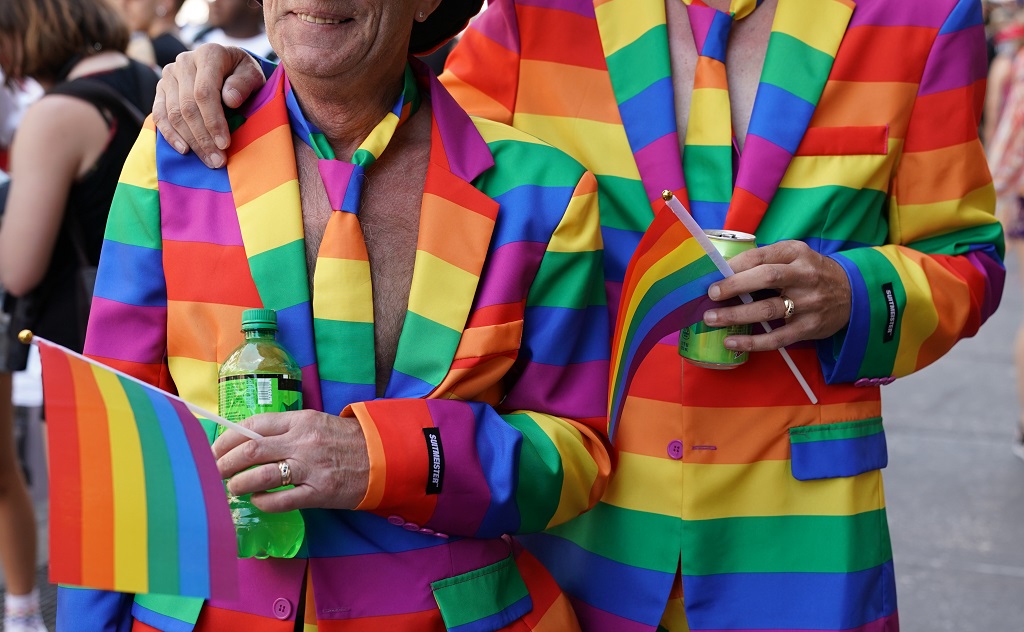 File: Marchers gather during the Queer Liberation March, the smaller march taking place before the 2019 Pride March in New York

CANNES - Once upon a time in children's television land frogs were kissed but princesses only ever married princes.

Now Prince Charming might just as easily ride off into the sunset with another man, as happens in the hit new Hulu cartoon series, "The Bravest Knight", while the Disney Channel has just had its first gay romance in its live-action tween show "Andi Mack".

Programme makers are struggling to better reflect the world young people are growing up in, with the first tentative steps to embrace non-traditional families and LGBTQ characters.

But even as experts warn that it is key for children's well-being to see their reality mirrored on screen, the backlash against some of the first wave of gay characters has been sharp.

Earlier this year the Alabama affiliate of the US public broadcaster PBS pulled the same-sex wedding episode of its popular animated show "Arthur" in which the teacher Mr Ratburn marries his "special someone".

'We can't not talk about it'

Yet Nickelodeon introduced a bi-racial gay couple into its "The Loud House" three years ago, and two female characters married without much fuss on the Cartoon Network's "Steven Universe" cartoon last year.

While "The Bravest Knight" received critical plaudits, a fierce battle has raged on its Facebook page between its critics on the religious right in the US and its liberal defenders.

The Canadian show's producer Shabnam Rezaei told AFP that she embraced the debate.

"That is how you make progress. If they want to attack us that is great if they can be transparent about their feelings and reasoning. Let's have that conversation."

But she warned that the basic issues of gender and diversity won't go away.

"Everyone is figuring this stuff out. I don't know that anyone has the answers," Rezaei said on Sunday at MIPJunior, the world's biggest gathering of children's TV makers in the French Riviera resort of Cannes.

"But to not want to talk about it, to want to keep people in the dark, to shove it under the carpet, we know that is the wrong thing to do.

"That is what causes self-hate and suicides," Rezaei added, saying Hulu has donated $50,000 (45,000 euros) to the suicide prevention charity, The Trevor Project, after the new show raced to its 50,000 streams target in four days rather than four months.

Iranian-born Rezaei admitted that "there are whole parts of the world I do not pitch to", while a Middle Eastern producer told AFP that it was just not possible to broach such sensitive subjects in most Muslim countries.

Many Asian networks are also resistant to storylines that include LGBTQ characters or blended families, while Helsinki-based producer Thatcher Mines said the anti-gay "propaganda" law had led to a wave of "self-censorship and worse" in Russia.

Kenya also controversially banned a whole slew of children's cartoons in 2017, claiming they were

"deliberately designed to corrupt moral judgement" and pass "bizarre messages intended to promote the LGBT agenda in the country".

A decade before, US conservatives had similarly questioned the sexuality of SpongeBob SquarePants.

However, a new study by analysts Dubit found only seven-percent of children's shows airing or streaming in the UK had LGBTQ characters and "not a single episode had same-sex parents".

British producer Sallyann Keizer, who produces diverse programmes for pre-school and older children for the BBC, told AFP "that children are not born with prejudice".

"And there's a lot of academic research proving that. They are just beautiful vessels.

"As producers and entertainment people, we have a massive responsibility" to be inclusive and make minority groups less invisible, she added.

Young Belgian director Charlie Dewulf, who has come out as bisexual and non-binary, said that "we have to put shame aside and allow children and adolescents to recognise themselves" on screen.

"When I was small I had to watch adult films to see people like myself and I was afraid my mother would catch me," the 25-year-old said.

"Everybody is moving forward on this. It is going to change with our generation," she added.