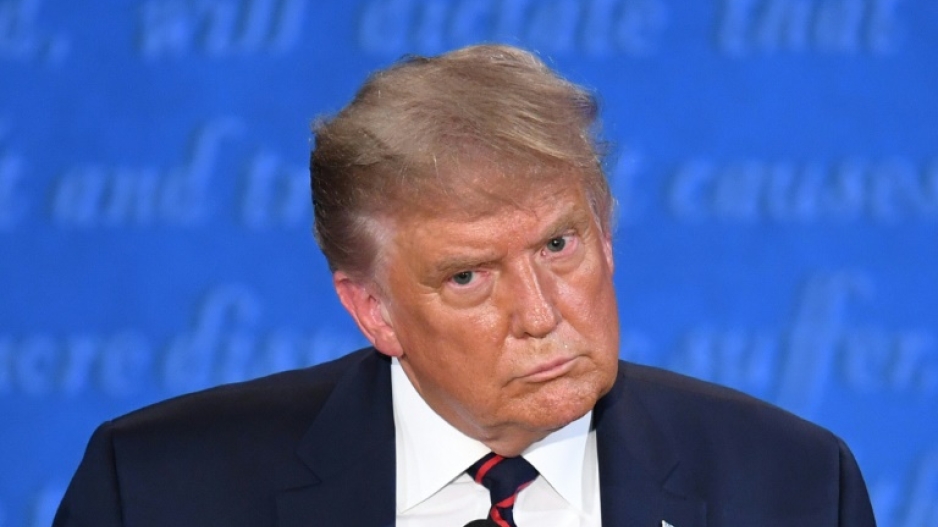 WASHINGTON - The White House condemned former president Donald Trump for meeting at his Florida estate with a renowned white supremacist and with rapper Kanye West who is embroiled in a storm over anti-Semitic remarks.

Trump acknowledged having dinner with West, who now is known as Ye, on Tuesday night at Mar-a-Lago and said he brought along friends, one of whom was Nick Fuentes, an outspoken anti-Semite and racist.

"Bigotry, hate, and anti-Semitism have absolutely no place in America -- including at Mar-a-Lago. Holocaust denial is repugnant and dangerous, and it must be forcefully condemned," Bates told CNN.

Fuentes is a Holocaust denier whose YouTube channel was permanently suspended in early 2020 for violating the platform's hate speech policy.

Trump announced his plans in mid-November to seek reelection in 2024, and his embrace of a white nationalist unsettled some of his onetime administration officials.

David Friedman, who was Trump's former ambassador to Israel, blasted the dinner at Mar-a-Lago.

"Even a social visit from an antisemite like Kanye West and human scum like Nick Fuentes is unacceptable," Friedman said in one of several tweets.

"Antisemites deserve no quarter among American leaders, right or left," he said.

Axios, a news website, cited what it said was a source familiar with the dinner who said Trump "seemed very taken" with Fuentes even though he didn't seem to know anything about his background.

West, who is now known legally as Ye, has lost major brand partnerships with the German sportswear company Adidas and US retailer Gap over recent anti-Semitic statements and associations with extremists.