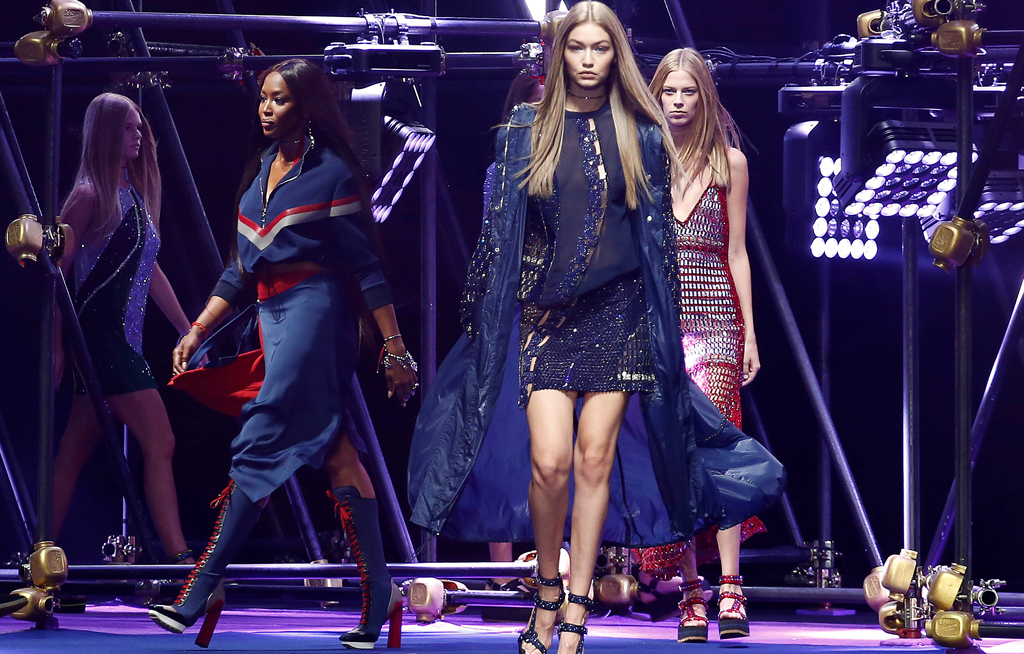 MILAN - It is a rare exception to the rule: the gender salary gap in the fashion industry means female models are paid more than their male counterparts for the same job.

None of the dozens of buffed and toned men parading at the latest Milan menswear shows since Friday can dream of earning anything like female catwalk stars, or of equivalent fame.

While the likes of Gisele Bundchen, Kate Moss and Naomi Campbell have long since passed beyond the confines to fashion to become A-list celebrities, their male equivalents, like the American Sean O'Pry or Britain's David Gandy, remain largely unknown to the general public.

Gandy once observed: "Trust me to end up working in the only industry in the world where women get paid more than men and treated loads better.

"In the hierarchy of a shoot, you have the photographer, the female model, the stylists, the assistants, then the male model. You are the lowest of the low."

Frederic Godart, a sociologist who specialises in fashion's place in society, explains: "Even if the markets for designer men's and women's clothes generate roughly the same sales, about $30-billion (R384-billion) each, fashion remains an industry primarily aimed at women."

"The brands and the fashion magazines are more interested in a women's aesthetic assets, which help to sell products better and, as a result, that pushes up the value of female models," he told AFP.

Godart says there are around 1,000 young women worldwide who can make a comfortable living from top-end modelling.

"In this world, it's 'winner takes all', which means the top female models tend to hit the jackpot and increase the gap with their male counterparts."

A 2013 survey by American magazine Forbes estimated that top model Bundchen had earned $42-million in the previous year, 28 times the amount the best-earning male model, O'Pry, managed to pull in.

Brazil's Bundchen, however, is an exception in the fashion sphere. At the top of her game for over 15 years, she can command fees that exceed those paid even to the likes of her compatriot Adriana Lima or Australia's Miranda Kerr by tens of thousands of dollars per show.

"The more you go down the hierarchy, the pay gap tends to narrow," says Godart. "The average salary of a model in the United States, male or female, is only around $30,000 a year."

Not everyone manages even to arrive at even this modest level. Many models live precariously and are forced to take on other jobs to make ends meet between assignments where sometimes employers will expect them to accept clothes as part of their payment.

French male model Baptiste Nicol, however, insists that "you can still earn a good living without being in the top 100 in the world".

"Working 15 days a month on average for catalogues, shows and tests, I end up with the same income as a company executive," says the 32-year-old, who describes himself as having had a modest career without ever leaving his home country.

Pay differentials with female colleagues? "They exist but also between different men. And you have to take into account that a male model will have his best earning years between 30 and 50" -- by which time most female models' maximum earning potential is behind them.

Rosa Sarli, director of the Elite modelling agency in Milan, says there is no set rule to determine how much a model gets paid.

"It can depend on a lot of things apart from physical attributes, like fame for example.

"If the model is married to a star or even the child of a celebrity, all that will push their price up."