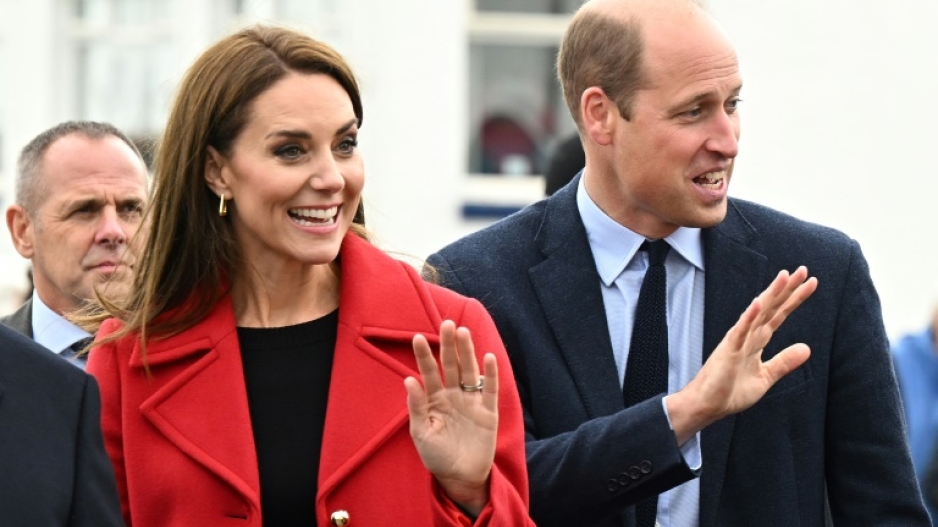 LONDON - Prince William and his wife Kate head to the United States this week for their first visit in eight years, and the popular couple's inaugural trip as prince and princess of Wales.

The three-day visit to the northeastern city of Boston culminates on Friday evening with a star-studded ceremony for William's Earthshot Prize initiative to tackle climate change.

The awards ceremony -- described by royal insiders as William's "Superbowl moment" -- is now in its second year, and rewards five innovators with £1 million each ($1.2 million).

As last year, the British naturalist and television presenter David Attenborough will contribute, alongside the actress Cate Blanchett, who is on the judging panel.

The trip is the most high-profile since 40-year-old William became heir to the throne in September, when his father succeeded queen Elizabeth II to become King Charles III.

The new monarch soon made his eldest son prince of Wales -- the traditional title of heirs apparent dating back to the 13th century.

The last princess of Wales was William's mother, Diana. 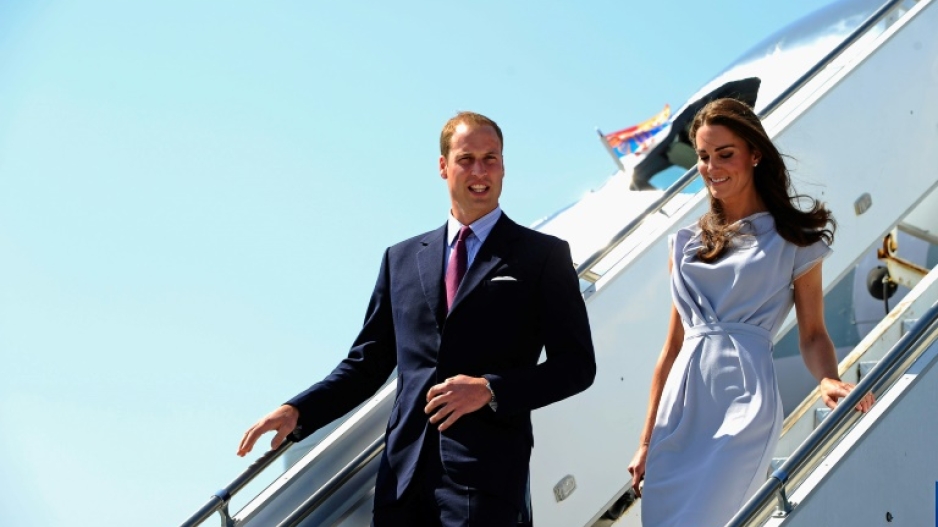 In Boston, the couple will meet the city's mayor, Michelle Wu, and tour the John F. Kennedy Presidential Library and Museum with the former president's daughter, Caroline.

Other engagements include discussions with local officials about rising sea levels in the city on the North Atlantic coast.

They will also meet charities working with disadvantaged young people and a laboratory specialising in green technologies.

Kate, who has three children aged four to nine with William and has an interest in early years education, will visit Harvard University's Child Development Centre.

No meeting has been announced between Prince William and his estranged younger brother Harry, 38, who lives in California with his wife Meghan, 41, and their two young children. 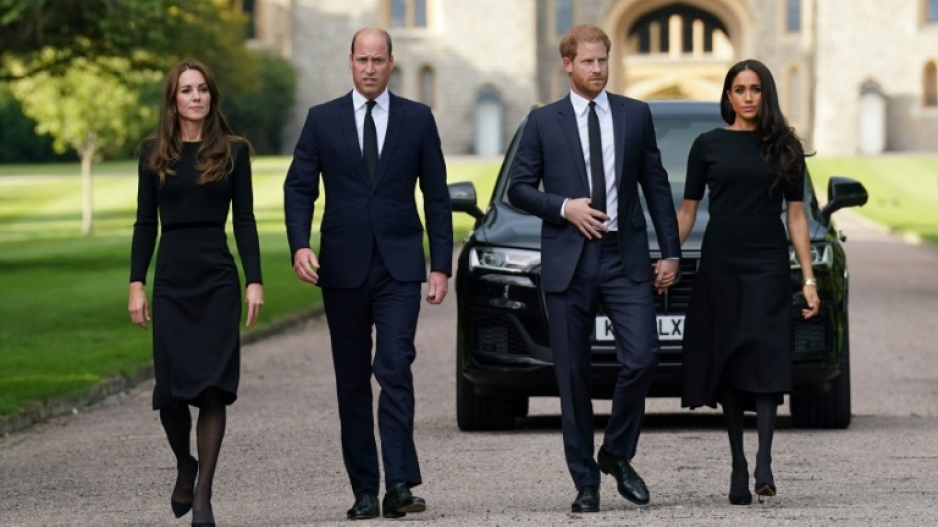 William is at loggerheads with his estranged younger brother Harry, who lives with his wife Meghan in California

The two couples have been at loggerheads particularly since Harry and Meghan -- also known as the Duke and Duchess of Sussex -- sensationally quit the royal family in 2020.

Relations soured further after they gave a television interview to Oprah Winfrey last year and accused the royal family of racism, prompting a public denial from William.

The death of William and Harry's grandmother failed to bring about any visible meaningful reconciliation.

The two couples made a frosty joint appearance at Windsor Castle to view floral tributes and both attended the queen's state funeral.

Unusually though for William and Kate, who are used to their public appearances dominating headlines in the UK, they may have to deal with playing second fiddle to Harry and Meghan in the United States.

The Sussexes are more popular in the United States and on December 6 are due to receive a major humanitarian award from the Robert Kennedy foundation in New York.

Comparisons between the two couples will inevitably fuel interest in the royal soap opera even before the expected release next month of a documentary about Harry and Meghan on Netflix.

The royal family is also bracing for the release of Harry's memoirs "Spare" on January 10 in which he promises to lift the lid on his life in Britain's most famous institution.

William and Kate's US visit will be seen as a more conventional approach to royal outreach.

Among the 15 Earthshot finalists are a Kenyan initiative for a cleaner-burning stove and a Dutch invention to stop maritime plastic pollution.

A pair of French and Spanish entrepreneurs is also in the running with their biodegradable seaweed packaging.

The couple made their first official visit to the United States in 2011, when they met Hollywood A-listers in California.

In 2014, they visited New York and Washington, in a trip that included a reception at the White House with the then-president Barack Obama and his deputy, Joe Biden.