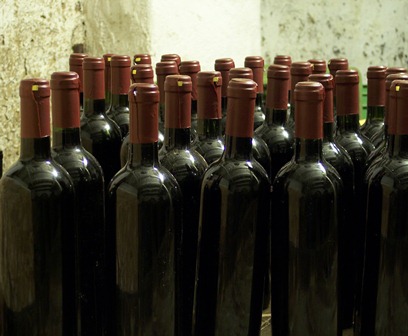 WASHINGTON - The earliest evidence of wine in France suggests that it came from Italy and that it was mixed with basil, thyme and other herbs, according to research published on Monday.

This early wine may have been used as medicine and was likely consumed by the wealthy and powerful before eventually becoming a popular beverage enjoyed by the masses.

Artefacts found at the French port site of Lattara, near the southern city of Montpellier, suggest that winemaking took root in France as early as 500 BC as a result of libations and traditions introduced by the ancient Etruscans in what is now Italy.

The analysis in the US journal, The Proceedings of the National Academy of Sciences, is based on ancient wine containers and a limestone press brought by seafaring Etruscan travellers.

"France&39;s rise to world prominence in the wine culture has been well documented," said lead author Patrick McGovern, director of the biomolecular archaeology laboratory at the University of Pennsylvania Museum of Archaeology and Anthropology.

"What we haven&39;t had is clear chemical evidence, combined with botanical and archaeological data, showing how wine was introduced into France and initiated a native industry."

Researchers studied three containers, known as amphoras, taken from an archaeological site in Lattara where merchant quarters lay inside a walled settlement that dates to 525-474 BC.

The samples they chose were unbroken, unwashed and sealed, allowing for unhampered study of the residues inside.

Based on their shape, researchers could reasonably ascertain that the amphoras were made in the city of Cisra (modern Cerveteri) in central Italy.

They also discovered pine tree resin and herbs such as rosemary, thyme and basil in the wine residue, suggesting a medicinal use.

Tartaric acid was found on a nearby limestone pressing platform dating to about 425 BC, suggesting it was used as a wine press.

Together, the artefacts provide the earliest known biomolecular archaeological evidence of grape wine and winemaking on French soil, the study said.

"Now we know that the ancient Etruscans lured the Gauls into the Mediterranean wine culture by importing wine into southern France," said McGovern, who studies how wine culture originated in the Middle East some 9,000 years ago, and made its way to modern Europe.

"This built up a demand that could only be met by establishing a native industry, likely done by transplanting the domesticated vine from Italy, and enlisting the requisite winemaking expertise from the Etruscans."

The earliest known chemical evidence for wine was found in what is now northern Iran at the site of Hajji Firiz, and dates to about 5,400-5,000 BC.