LIVE: Vote of no confidence in Baleka Mbete 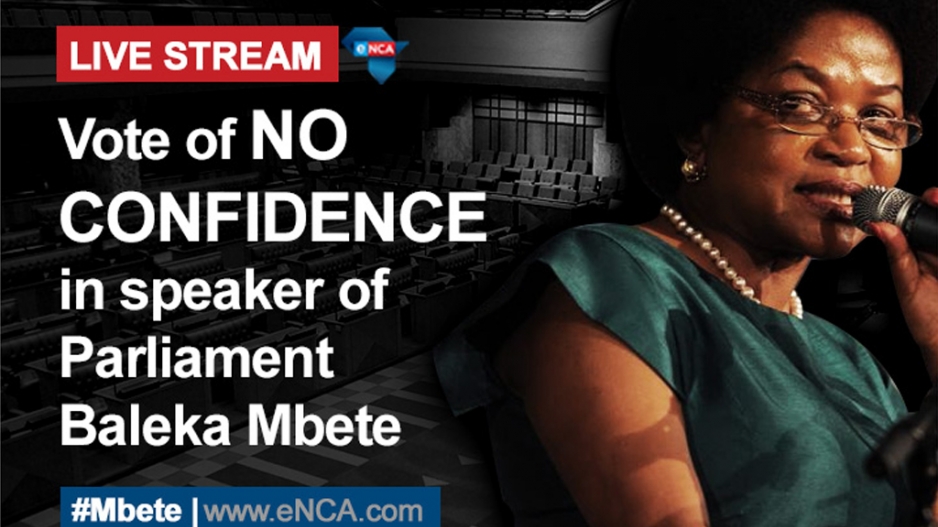 Opposition parties have tabled a motion of no confidence in Speaker of Parliament Baleka Mbete in the National Assembly.

"Mbete has become an obstacle to constructive debate and executive oversight in Parliament," the parties said.

She could not, in good conscience, simultaneously hold the office of ANC chairwoman and Speaker.

The parties said Mbete&39;s executive oversight had been compromised by some of her utterances, she had hired ANC loyalists to fill offices in Parliament, and her personal integrity "has been compromised on a number of occasions".

"The bottom line is, she is not an appropriate choice for Speaker," they said.

* Watch the live crossing to Parliament in the gallery above.