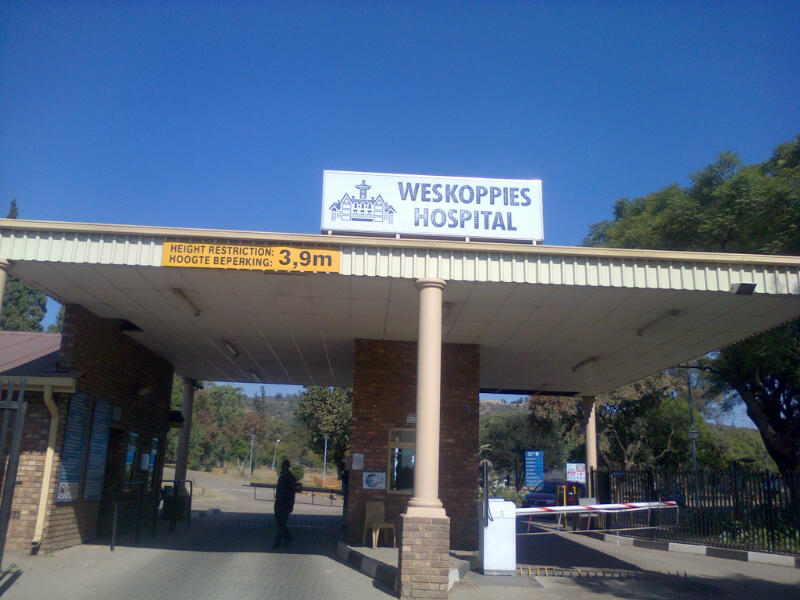 This is the entrance of Weskoppies Hospital, situated in Pretoria West, Pretoria. The security to enter the establishment is extremely tight.

PRETORIA - Weskoppies Psychiatric Hospital is where Oscar Pistorius will be reporting every weekday from Monday for his court-ordered psychological evaluation.

He will be at the hospital from 09:00 until 16:00 daily, for a period not exceeding a month, and the psychiatrists&39; findings are expected to have a major impact on the outcome of his trial.

Pistorius is on trial for the murder of his girlfriend, Reeva Steenkamp, on Valentine&39;s Day last year.

The case has garnered worldwide attention and the spotlight is now firmly on Weskoppies.

Situated next to the Pretoria West industrial area, Weskoppies is not a typical South African hospital.

It consists of many one-storey buildings in a large, almost farm-like, setting. It is extremely quiet and its patients and activities are not visible to the visitor.

It is neither modern nor luxurious and has a bare, functional quality to it.

It caters to a large variety of patients and the court-ordered cases make up just a portion of these.

Some patients are visibly mentally impaired but most are, for lack of a better word, &39;regular&39; people.

Privacy and discretion appear to be fundamental to the insititution.

Staff at the hospital referred all queries to Simon Zwane, communications manager at the Gauteng Provincial Government in Johannesburg.

Zwane said the hospital was well equipped to handle a case as high profile as the Pistorius one and had handled a number of court-ordered cases from Mpumalanga, North West and the entire Gauteng.

Indeed, the hospital is home to some of the most well-qualified and experienced psychiatrists and psychologists in the country. However, what of security and capacity?

Zwane said Weskoppies Hospital had "never had a security situation before." He said Pistorius would be handled with the same security measures as everyone sent to the hospital by the court system.

"There will be no special treatment for Oscar Pistorius," said Zwane. He added that it is "normal" for some court-ordered patients to report to the hospital on a daily basis and cited a similar case that the hospital had dealt with last month.

Pertaining to capacity, Zwane was confident that, as a single outpatient, Pistorius would not cause any strain to hospital resources.

An anonymous source at the hospital said the last well-known person the hospital saw was a popular actress and presenter who was admitted there recently after suffering a mental disorder episode.

This individual was a live-in patient. She has now been discharged and is also back at work.