Manning says US lied about Iraq 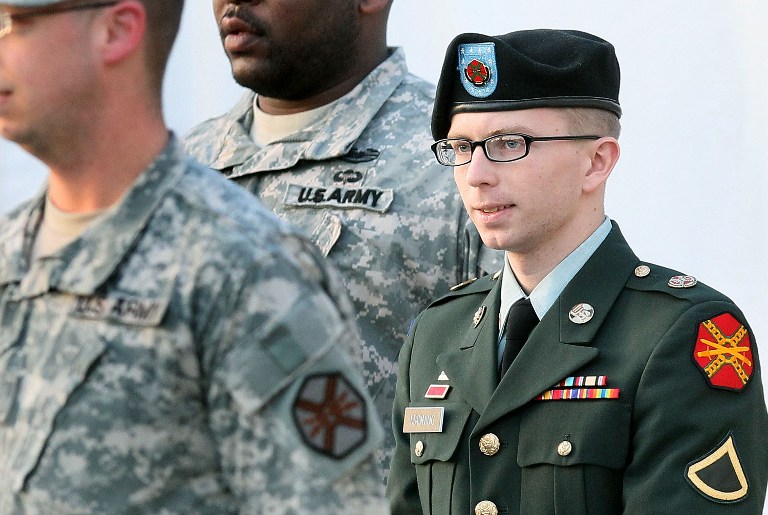 The trial of US Army private Bradley Manning begins on Monday over his disclosures to WikiLeaks.

NEW YORK - The detained US soldier convicted of leaking a trove of secret documents to WikiLeaks made a rare foray into public life on Saturday to warn Americans they were being lied to about Iraq once more.

Chelsea Manning is serving a 35-year prison sentence on espionage charges and other offences for passing along 700,000 secret documents, including diplomatic cables and military intelligence files, to anti-secrecy website WikiLeaks in the largest-scale leak in US history.

"I understand that my actions violated the law. However, the concerns that motivated me have not been resolved," the soldier formerly known as Bradley Manning wrote in a New York Times editorial.

"As Iraq erupts in civil war and America again contemplates intervention, that unfinished business should give new urgency to the question of how the United States military controlled the media coverage of its long involvement there and in Afghanistan."

President Barack Obama said this week he was "looking at all the options" to halt the offensive that has brought militants within 80 kilometres of Baghdad&39;s city limits, but ruled out any return of US combat troops.

Obama has been under mounting fire from Republican critics over the swift collapse of Iraq&39;s security forces, which Washington spent billions of dollars training and equipping before pulling out its own troops in 2011.

While the US military was upbeat in its public outlook on the 2010 Iraqi parliamentary elections, suggesting it had helped bring stability and democracy to the country, "those of us stationed there were acutely aware of a more complicated reality," Manning wrote.

"Military and diplomatic reports coming across my desk detailed a brutal crackdown against political dissidents by the Iraqi Ministry of Interior and federal police, on behalf of Prime Minister Nuri Al-Maliki. Detainees were often tortured, or even killed."

Manning, a former US Army intelligence analyst, said he was "shocked by our military&39;s complicity in the corruption of that election. Yet these deeply troubling details flew under the American media&39;s radar."

Criticising the military&39;s practice of embedding journalists, Manning charged that "the current limits on press freedom and excessive government secrecy make it impossible for Americans to grasp fully what is happening in the wars we finance."

Manning is serving out the prison sentence at Fort Leavenworth in Kansas and had requested a name change after court-martial proceedings revealed the soldier&39;s emotional turmoil over sexual identity.

A US Army general denied clemency to Manning in April, upholding the 35-year sentence.