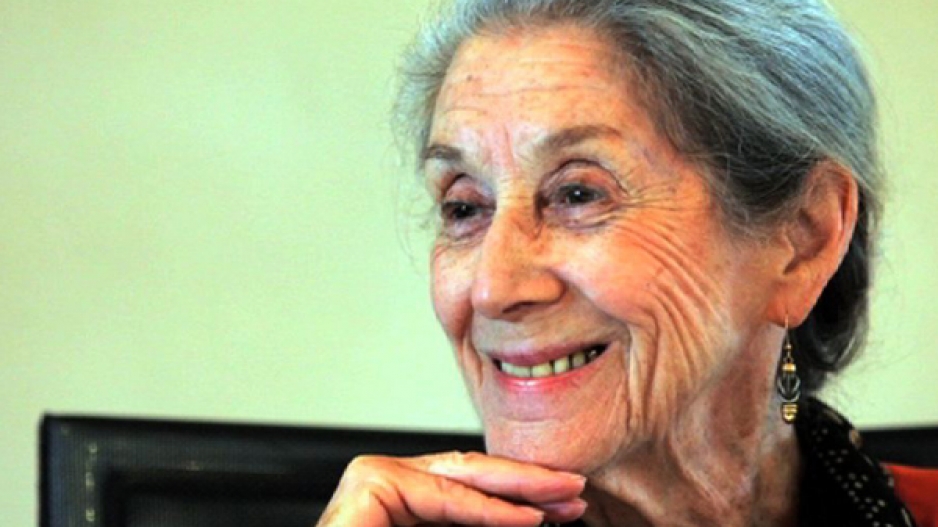 She is probably the most famous person to have been born in Springs, a mining town on the edge of the economic metropolis of Johannesburg. It is difficult to give an account of twentieth century literature without mentioning Gordimer’s formidable oeuvre. Many of us thought of her as one of a group of writers which included such towering figures as Doris Lessing, Milan Kundera, and her compatriot J.M. Coetzee.

My first Gordimer encounter was not auspicious.  I had read July’s People (1981), an apocalyptic vision imagining one end for the South African apartheid nightmare, while the real endgame of Botha’s horrors played out in the world in the late 1980s. My unease with the novel and the implication of its vision for the ways white and Black people ‘belonged’ in South Africa, centred on the mismatch between her vision of the South Africa apocalypse at the beginning of the 1980s, and the realities which engulfed many of us at the end of that decade. I revisited the novel in the mid-1990s when I had to teach it to some of the first post-apartheid undergraduate students, and read it in a new light, and with new appreciative understanding.

Gordimer and her work feel like they have always been part of my whole life.  In early works like The Lying Days (1953) and Occasion for Loving (1963), she traced the crises of conscience in white South African circles. As a young student and then teacher in the not-yet decolonised white South African university system, her work offered me many insights into the behaviour and attitudes of my teachers and colleagues.  She was a teacher without ever being reducible in her work to the didactic mode. Engaging the hard work of reading her complex books was always rewarding: it encouraged argument, it insisted on rigorous analysis.

But it was my voracious consumption of her oeuvre tout court as part of my research in the 1990s towards a dissertation on ‘race’, gender and identity in South African English writing that taught me what a an intellectual giant Gordimer really was. The Conservationist (1974) has remained my favourite of all of Gordimer’s novels.  Its sophistication and subtlety on questions of ‘belonging’ in conflict with questions of ‘ownership’ for the liberal white consciousness remains a landmark in South African letters. The essays collected in The Essential Gesture (1988), and lectures published as Writing and Being (1995) offered models and guides to what was possible in ruminative thought.

In late 2013 I was looking through a box of what looked like unpromising material in a second-hand bookshop in one of Johannesburg’s northern suburbs. I chanced upon a hardback first edition of A Soldier’s Embrace (1980) which had been scuppered from the Spring Public Library.  It had last been checked out in 1987. “KELDER” had been on the loans record slip. It was a bittersweet moment: the Springs Public Library had (or had had to) scupper a book by its most famous daughter.

Gordimer’s excoriating and self-excoriating work has, by example, taught many of us the value of exercising an unstinting critical gaze upon the world and our places in it. She has lived a long and productive life, for which we, her readers across the world, are grateful. In rereading her oeuvre, we may get the chance to rediscover the extraordinary conscience which traced the intricate relationship between writing and living ethically in hope and history.