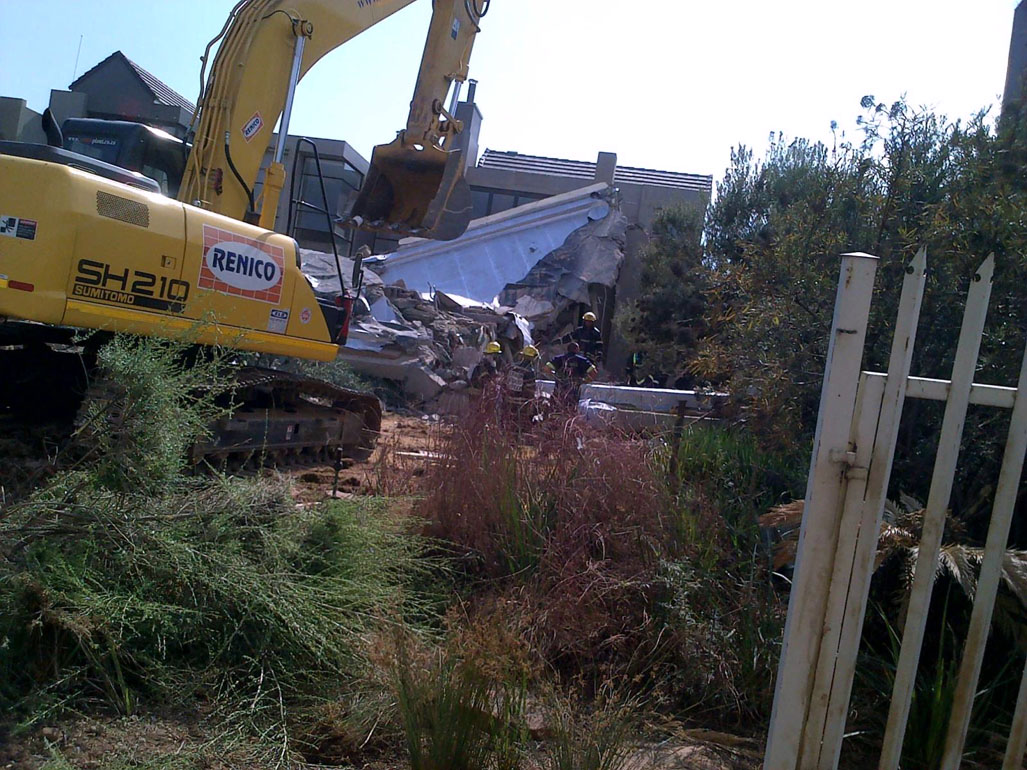 An excavator on the site where at least nine construction workers died when a section of a building collapsed on them on Monday, August 18. The spokesperson for Meyersdal Eco Estate said that construction companies were employed by private owners.

At least nine people were killed when a house under construction collapsed in an upmarket estate.

A massive slab of concrete on the upper level collapsed, causing the ground floor structure to cave in under its weight.

The search for more victims was called off just before 19:00 CAT on Monday night.

Already, 11 construction workers have been pulled from the rubble.

Authorities are still trying to make contact with one of the building&39;s contractors as well as the owner of the property.

Two contractors are reportedly working on the site, but only one of the companies has provided details of how many employees were on the scene on Monday afternoon.

A pic of the Meyersdal collapse. pic.twitter.com/ssJuqFbmks"