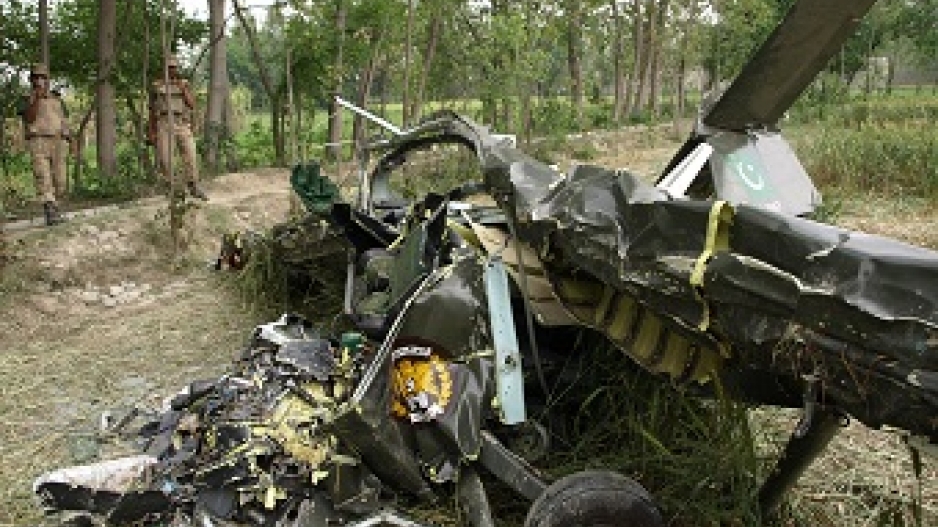 Pakistani Army soldiers stand near the wreckage of a military aircraft, after it crashed on the outskirts of Peshawar Pakistan on 08 April 2010. A Pakistan army aircraft crashed in the southwestern city of Quetta on 20 September, 2014 injuring two pilots.

QUETTA - A Pakistan army aircraft crashed in the southwestern city of Quetta on Saturday injuring two pilots, the military said.

"Two pilots were wounded after their MFI-17 Mushshak aircraft-fixed gear trainer aircraft, crashed near the hills of Ziarat, about 40 kilometres (25 miles) east of Quetta on Saturday morning", a military official said.

The incident was confirmed by another military official who said the crash was a result of technical fault.

"The wounded pilots were transported to Quetta for treatment. They are in stable condition," he told AFP.

The Pakistan army uses Mushshak aircraft to train pilots in its aviation wing.

The aircraft, which is manufactured locally, is a big source of export earnings for Pakistan and sold to several Middle Eastern countries.

The exact cost of the aircraft and number sold have not been made public.