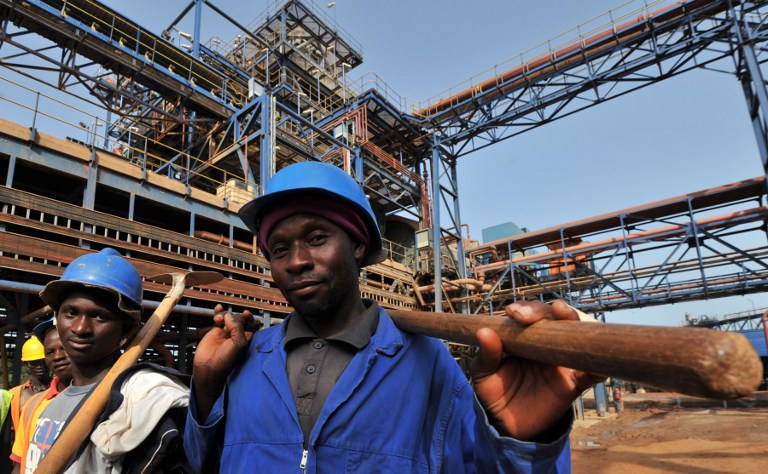 Workers walk on a site of the Tongon gold mine operated by South African company on October 24, 2011 in Tongon, northern Ivory Coast.

JOHANNESBURG - Employment in South Africa increased by 93,000 between June and September on a quarter-on-quarter basis, Statistics South Africa (StatsSA) said on Monday.

This reflected a net quarterly increase of one percent between June and September, following a revised decrease of 96,000 employees between March and June.

StatsSA released the Quarterly Employment Statistics (QES) for the third quarter of 2016 on Monday.

The QES survey collects information from non-agricultural businesses and organisations from approximately 20,000 units.

There was an annual increase of 80,000 employees year-on-year.

But there were decreases in employment reported by manufacturing and transport industries with 3,000 employees each, or less than one percent each.

The electricity industry remained unchanged for the quarter.

The total earnings paid to employees amounted to R543 billion in September, a quarterly increase of R20 billion or 3.9 percent.

On an annual basis, StatsA said average monthly earnings paid to employees increased by 4.4 percent from R17,344 in August 2015 to R18,104 in August this year.