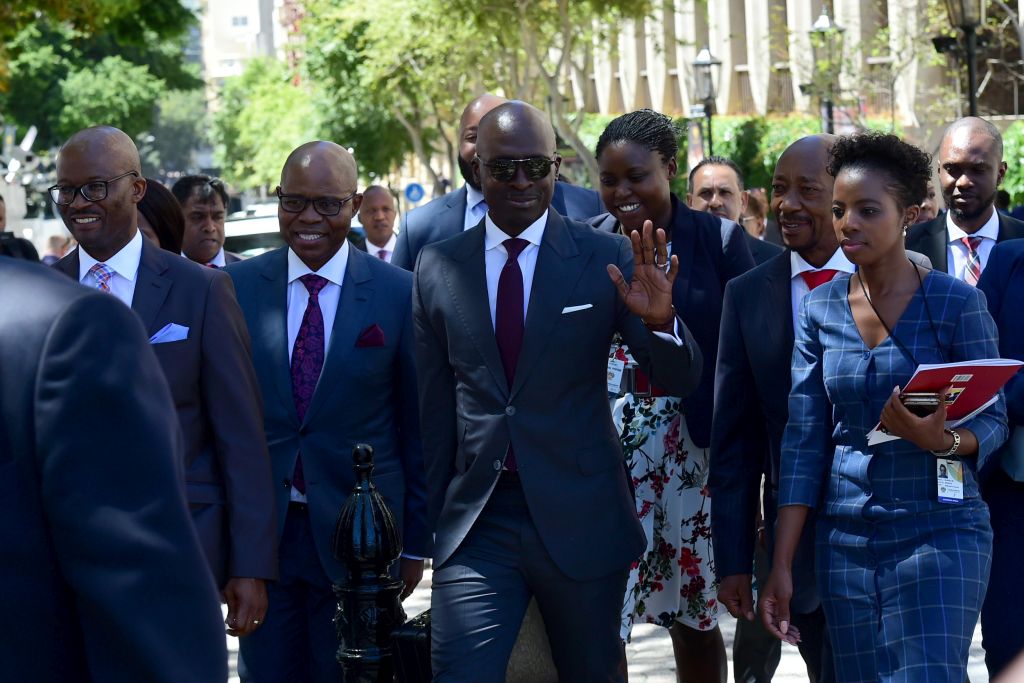 Finance Minister Malusi Gigaba, Deputy Minister Sfiso Buthelezi and their team arrive at Parliament for the 2018 budget speech in the National Assembly.

JOHANNESBURG – South African bishops from the Anglican church on Friday added their voice to the rising chorus of disapproval of this week&39;s increase in value-added tax (VAT), saying ordinary citizens were being compelled to pay for gaps in the budget caused by corruption.

"It is distressing to us that the ordinary citizens of South Africa are being called upon through increased VAT to fill the gaps in government finances which are partly a result of massive maladministration and corruption, especially in state-owned enterprises," said the statement.

"We urge the South African government, as we have urged all governments in our region, to develop budgets which help the poor, to expose corruption and ensure that those who perpetrate it, whether in the private or public sector, are brought to justice."

The increase, which comes into effect on 1 April, was the first time VAT was raised since 1993. It now stands at 15 percent.

Unions and other concerned non-governmental organisations have lambasted the new administration under President Cyril Ramaphosa for the move which they say will hurt the poor the most.