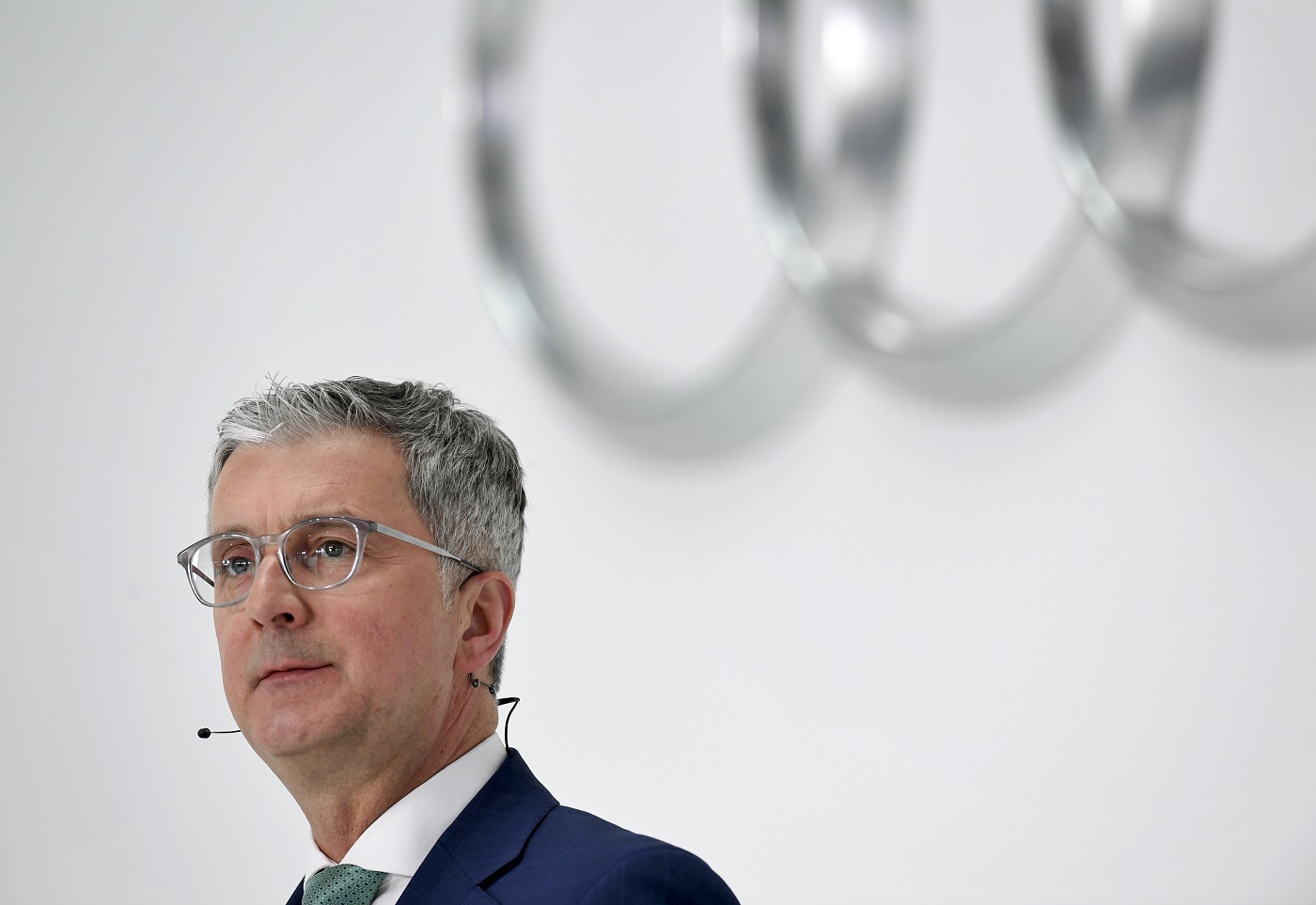 CEO of the German carmaker Audi AG, Rupert Stadler attends the annual press conference at the headquarters in Ingolstadt.

The dramatic development comes a week after Munich prosecutors raided Stadler&39;s home, accusing him of fraud and the falsification of documents that allowed diesel vehicles equipped with cheating software to be sold to European customers.

Prosecutors in the Bavarian state said the arrest was justified because of the "risk of concealment of evidence".

READ: Former Volkswagen CEO Winterkorn indicted in US over &39;Dieselgate&39;

Audi confirmed the arrest to AFP, declining to give further details.

"For Mr Stadler, the presumption of innocence continues to apply," a spokesman said in a statement.

Stadler is the most senior executive yet to be detained in the dieselgate crisis, which started when the Volkswagen group admitted in 2015 to installing so-called "defeat devices" in some 11 million diesel vehicles worldwide that made them seem less polluting in lab tests than they actually were on the road.

The affected vehicles involved VW&39;s own-brand cars, but also those made by Audi, Porsche, Skoda and Seat.

VW&39;s luxury subsidiary Audi has long faced suspicions that its engineers helped create the software used in the scam.

Audi&39;s former head of engine development, Wolfgang Hatz, was taken into custody in Germany in September 2017 and remains behind bars.

A manager at VW subsidiary Porsche was also detained in April. He was identified by German media as Joerg Kerner, an engineer in charge of Porsche&39;s engine division who was working at Audi when the diesel scandal broke.

In a separate setback for Audi, German authorities earlier this month ordered the recall of some 60,000 Audi A6 and A7 cars across Europe to remove illegal emissions control software – using a different technique however than the one at the heart of dieselgate.

But Dudenhoeffer said VW&39;s supervisory board may want to reconsider its stance when it meets today.

"VW supervisory board chairman Wolfgang Porsche has to be careful that he doesn&39;t &39;burn&39; the hand with which he is shielding Stadler."

Stadler&39;s arrest is the latest blow to the Volkswagen group, which has struggled to shake off the dieselgate crisis and continues to face a litany of investigations at home and abroad.

Two former VW chief executives – Martin Winterkorn and his successor Matthias Mueller – have both landed in the sights of German prosecutors.

They are suspected of knowing earlier than they have admitted about the cheating, meaning they may have failed in their duty to inform investors in the car giant about the financial risks.

US prosecutors also indicted Winterkorn last month, saying he knew of the company&39;s emissions cheating as early as May 2014 but decided to continue.

Current boss Herbert Diess has been accused of knowing about the scam before it became public – an allegation rejected by the firm last month.

The diesel scandal has so far cost the VW group more than 25-billion euros (R394-billion) in buybacks, fines and compensation, mainly in the United States where the cheating scam was first uncovered.

But pressure has been mounting on the auto giant to make amends in Europe too.

In doing so, VW said it admitted its "responsibility for the diesel crisis".

But the saga has cast a wider pall over Germany&39;s vaunted car industry, shattering the myth of "clean diesel" and raising suspicions of emissions manipulation among other companies.

Luxury carmaker BMW and Mercedes-owned Daimler have both had their offices raided by investigators searching for evidence of possible cheating.

To date, just two people have been convicted over "dieselgate", both in the US.

Former VW executive Oliver Schmidt is serving a seven-year sentence after pleading guilty to conspiracy to commit fraud and violating the US Clean Air Act.