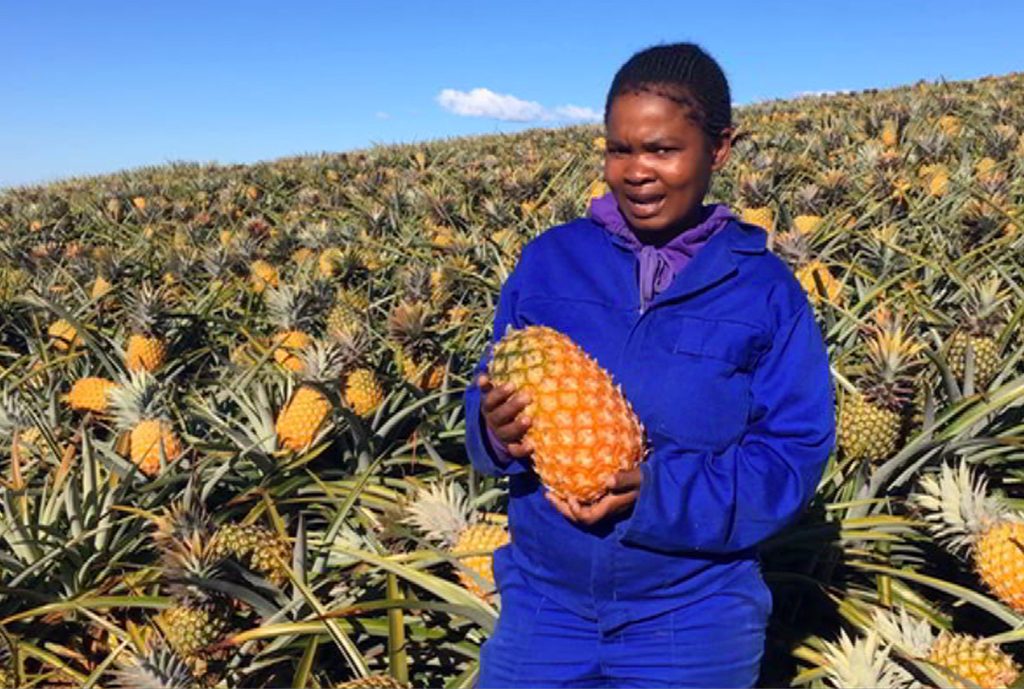 Eastern Cape, 17 June 2016 - Young farmers in the Eastern Cape are celebrating after a successful harvest. Their very first pineapple crop is ready to hit the market.

ALLADA, BENIN - From his chair in the middle of a pile of pineapples, Jean-Xavier Satola supervises cutting and packaging, as Benin - Africa's fourth-biggest exporter of the fruit - starts trading again after an eight-month self-imposed absence.

The fields of Allada in southern Benin are a hive of activity as about 20 men, in trousers to protect them from the spiky leaves, pick the pineapples while women load them in baskets and carry them away on their heads.

The smooth, fat, yellow Cayenne variety of pineapples are washed, packed into cardboard boxes and put on a lorry. Eight hundred boxes will leave on a plane for Europe that evening.

Satola has been in the pineapple business for 30 years and as soon as he got the green light from the government was Benin's first trader to resume exports.

"Resumption is slow. Some of our European clients are hesitant. But we're exporting more guaranteed quality now."

In December, Benin's government banned exports of the fruit after repeated warnings from the European Union about pineapples treated with the pesticide ethephon.

Ethephon is used to help a variety of crops ripen and speeds up colouring. In theory, the chemical stays on the skin of the fruit but if too much is sprayed, it can get inside.

The EU warnings came as ethephon residue was found to be higher than permitted levels.

But Satola, who heads Benin's National Association of Pineapple Producers and Exporters, said growers were also responding to the taste of European consumers.

Producers "did any old thing" to make the outside of their pineapples the preferred yellow colour rather than the natural green, he said.

"They were adding doses of colourant pesticides after the rains or tipping in a lot after receiving an urgent order."

Benin's authorities imposed a voluntary export ban while it got its house in order.

A list of exporters was made, workers who administered the ethephon were trained and the state invested up to 300 million CFA francs in equipment to analyse levels.

The country's food standards agency ABSSA now carries out tests in the fields and at airports before shipping.

"These measures had to be taken," said the head of ABSSA, Setondji Hossou. "We have to have quality produce and respect market demands."

Hyacinthe Dossavi is an ABSSA inspector. Wearing boots, he makes his way through a field of Sugarloaf pineapples, which are also grown in West Africa, and takes samples for testing at the agency's laboratory in Cotonou.

The crop was treated eight days ago. Normally, that should mean the ethephon has disappeared.

"If it's below normal levels, we'll allow the crop to be cut. If not, it'll have to wait for a bit," said Dossavi.

The exporters took some convincing. They play for high stakes with the perishable commodity: wait too long and the fruit risks being too ripe and impossible to sell.

It will then be sold on the local market but at a lower price.