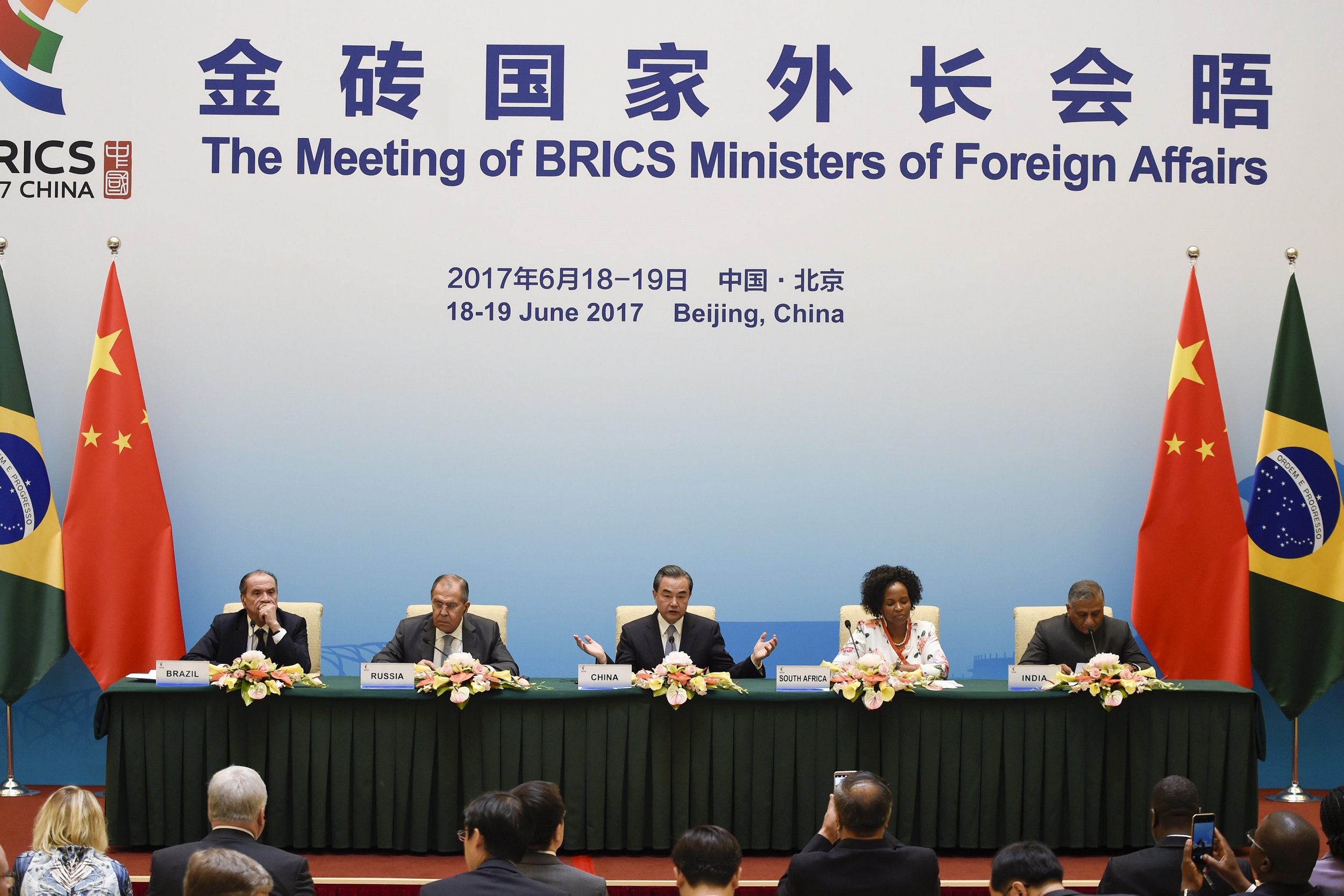 The minister made the remarks on Monday at a meeting of the Brics ministers of foreign affairs in Beijing, China.

The Brics group of nations said they remain committed to strengthening relations within the bloc.

They discussed trade, climate change, finance and agricultural matters, and signed several agreements in the farming sector for the next five years.

It came at a time when US President Donald Trump withdrew from the Paris climate agreement.

READ: BRICS bank is offering more of the same rather than breaking the mould

Nkoana-Mashabane said Brics was increasingly being called upon to show demonstrable leadership on global issues.

"Our foreign policy envisions exactly the same aspirations for our domestic, regional and global agendas," the minister said.

"South Africa believes that a people-centred development agenda, based on the recently adopted sustainable development goals (SDGs) should be the basis for addressing the myriad of challenges that confront nations across the globe, including those of peace and security."

Nkoana-Mashabane also addressed the recent terror attacks across the world, including in Brics countries, saying this "made it necessary for South Africa to re-emphasise that terrorism in all its forms and from whichever quarter cannot be condoned."

"We join the clarion call for the total isolation and eradication of all terror groups.

"They have no place among the community of nations.

"Further to this, the prevalent pockets of instability and insecurity scattered throughout the world, including our own African continent, remain a challenge.

"In order to overcome this, it is essential that we identify and consider an alternative narrative capable of tackling the complexity of these challenges."