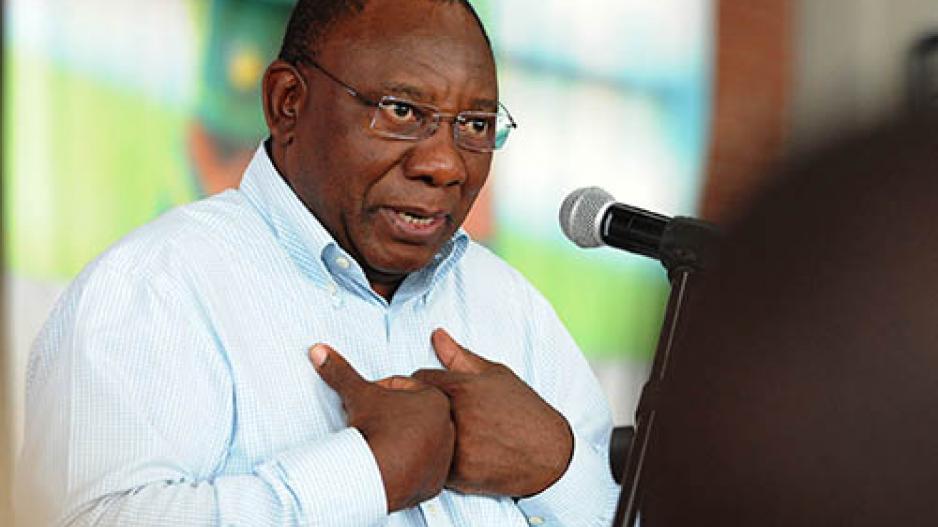 ANC deputy president Cyril Ramaphosa. Ramaphosa has called for the vocabulary of labour interactions between workers and management to become more dialogue-oriented rather than dispute-driven.

JOHANNESBURG - There was “broad agreement” that while South Africa would not abandon collective bargaining, sectoral determinations on pay for workers should not be lower than the mooted national minimum wage, Deputy President Cyril Ramaphosa said on Saturday.

“Collective agreements, including bargaining council agreements, sectoral determinations and contracts of employment, may not make provision for a wage that is lower than the national minimum wage, but may only vary wages upwards,” Ramaphosa said during his opening remarks at a National Economic Development and Labour Council (Nedlac) workshop on international minimum wage experiences being held in Johannesburg.

“Depending on the minimum wage level, however, certain exceptions may be needed. Nevertheless, it is generally agreed that comprehensive coverage is desirable and that a patchwork approach should be avoided.”

Ramaphosa said there was also a consensus that the body that will be responsible for setting the national minimum wage should be similar to that of the Employment Conditions Commission which makes recommendations to the labour minister on minimum wages on a sectoral basis.

A technical task team at Nedlac was currently looking at finalising the more detailed work, and has been given until July to report back to government.

“It [task team] is considering whether the national minimum wage, in its application, will provide for sector-specific or business entity exclusions,” Ramaphosa said.

“It is looking at the appropriate legal and institutional arrangements and how to ensure compliance.”

The two day workshop at Gallagher Estate in Midrand was expected to hear from speakers from various countries, including Germany, Brazil and Malaysia, on their experiences of introducing a national minimum wage.