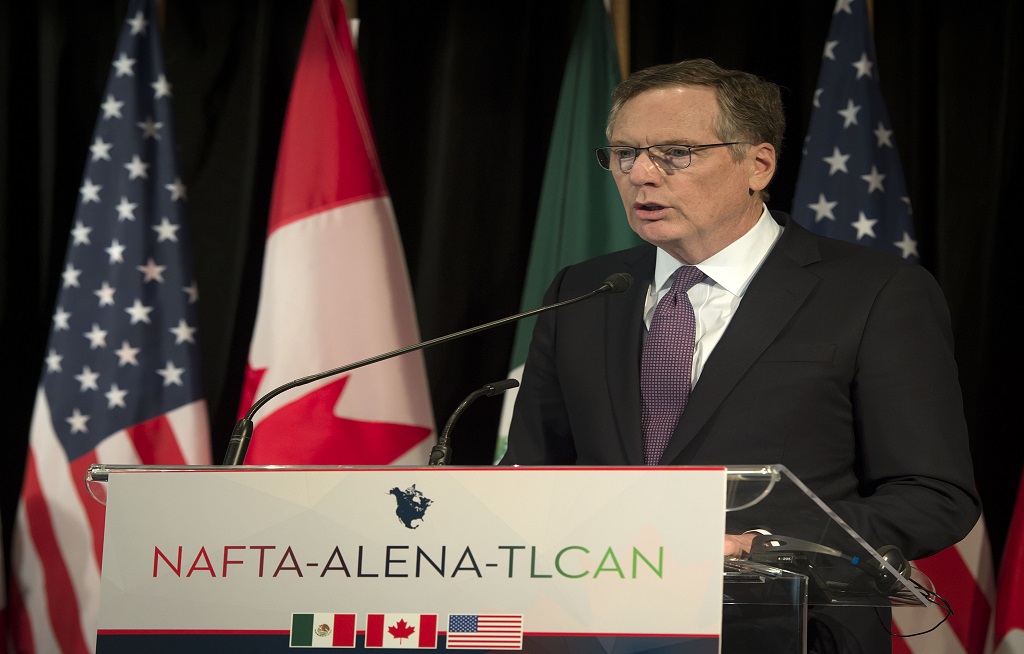 US Trade Representative Robert Lighthizer address the press at the closing of the NAFTA meetings in Montreal, Quebec on January 29, 2018.

OTTAWA – Canada will open trade talks next month with the four-nation Mercosur trading bloc in South America as part of an ongoing push to diversify its trade partnerships, a senior official said Friday.

It comes as its main trading relationship with the United States, the North American Free Trade Agreement (NAFTA), falters, and after Ottawa announced it would sign onto the Trans Pacific Partnership (TPP).

"We intend to open negotiations for a potential agreement with Mercosur in Paraguay the day after the signing of the TPP, which will take place in Chile on March 8," the official told AFP.

In addition to Paraguay, the bloc includes Argentina, Brazil and Uruguay.

Canada currently trades about Can$8 billion (US$6 billion) annually with the Mercosur bloc, which is the second-largest in the hemisphere after the North American Free Trade Agreement (NAFTA).

This is dwarfed by bilateral Canada-US trade which topped Can$780 billion (US$621 billion) last year, with 70 percent of Canadian exports going to its southern neighbor, according to Canadian government figures.

READ: Canada looks to Pacific as NAFTA under threat

But after six rounds of "slow" talks to revamp NAFTA, which Washington has threatened to dump, the future of Canada&39;s preferential access to the US market is now in doubt, with the parties deadlocked over Washington&39;s hardening protectionist stance.

Canada already has free trade deals with several South American nations including Mexico, Colombia, Peru and Chile. Mercosur membership would give it greater access to eastern South America and its biggest economies, with a total of 260 million consumers.

Ottawa had initially balked at joining the TPP last year, acting as the main holdout in negotiations after US President Donald Trump decided in early 2017 to go it alone under his "America First" policy.

But it did an about-face in January as the prospects of a new NAFTA deal appeared to dim.

Among the sticking points in the NAFTA negotiations are Washington&39;s demands for a "sunset clause" after five years, and for more US auto parts in vehicles sold in North America.