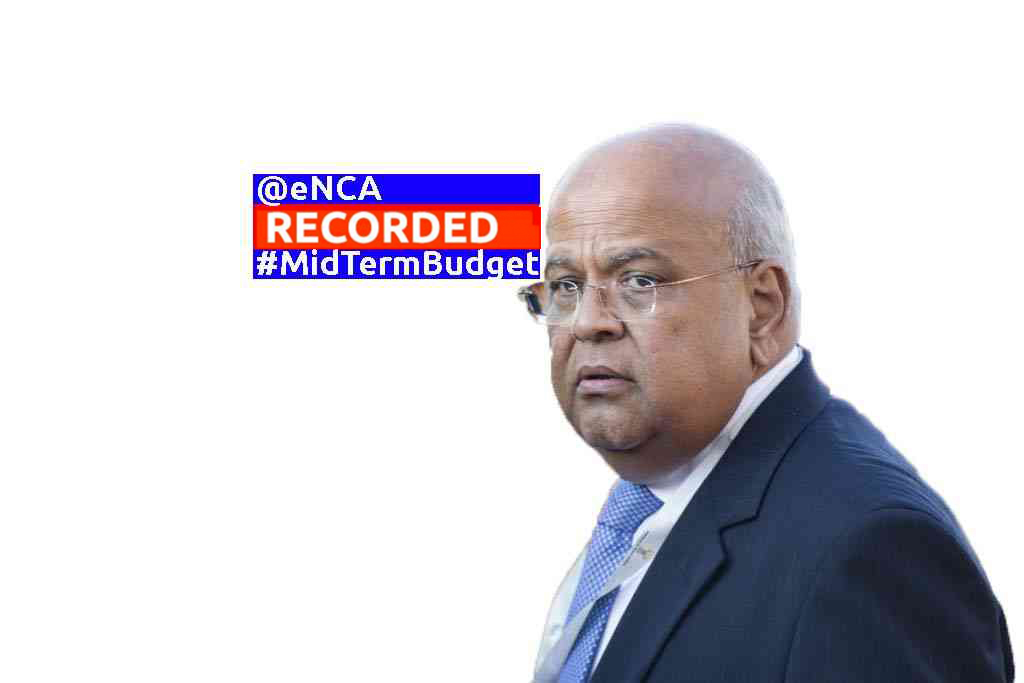 Finance Minister Pravin Gordhan is expected to deliver the mid-term budget in Parliament on Wednesday.

This live stream is now over. You can watch the recording below.

Unlike the country’s annual budget, the mini-budget is a quieter event, often not given much attention.

But with fraud charges hanging over Gordhan's head and the cost of higher education proving to be a funding challenge, many South Africans were interested in the spending plans.

Below is an analogy of the importance of the MTBPS.

If at the beginning of the year a family adopts a budget to spend on household needs. They agree on an amount of R2,000 – but the rise in food prices, replacing the washing machine and other unexpected expenses stretch this budget.
This means extra income has to be found - or some items in the budget have to be cut.
It works the same way for Treasury.
It has to review the budget goals and look for ways to raise extra revenue or cut unnecessary spending.

The mini budget also highlights government priorities, the size of the spending envelope and who gets allocated what money.

So what is the Finance Minister likely to focus on this time around?

“There’s going to be a lot of attention on the accommodation of higher education, how government next intends to get R2.5-billion for no fee increases for students, the money set aside for drought relief, also the country’s growth forecast will be discussed," said Econometrix Chief Economist Azar Jammine.

Gordhan is expected to revise the country’s growth downwards and to deliver a speech that once again helps the country avert a ratings downgrade.