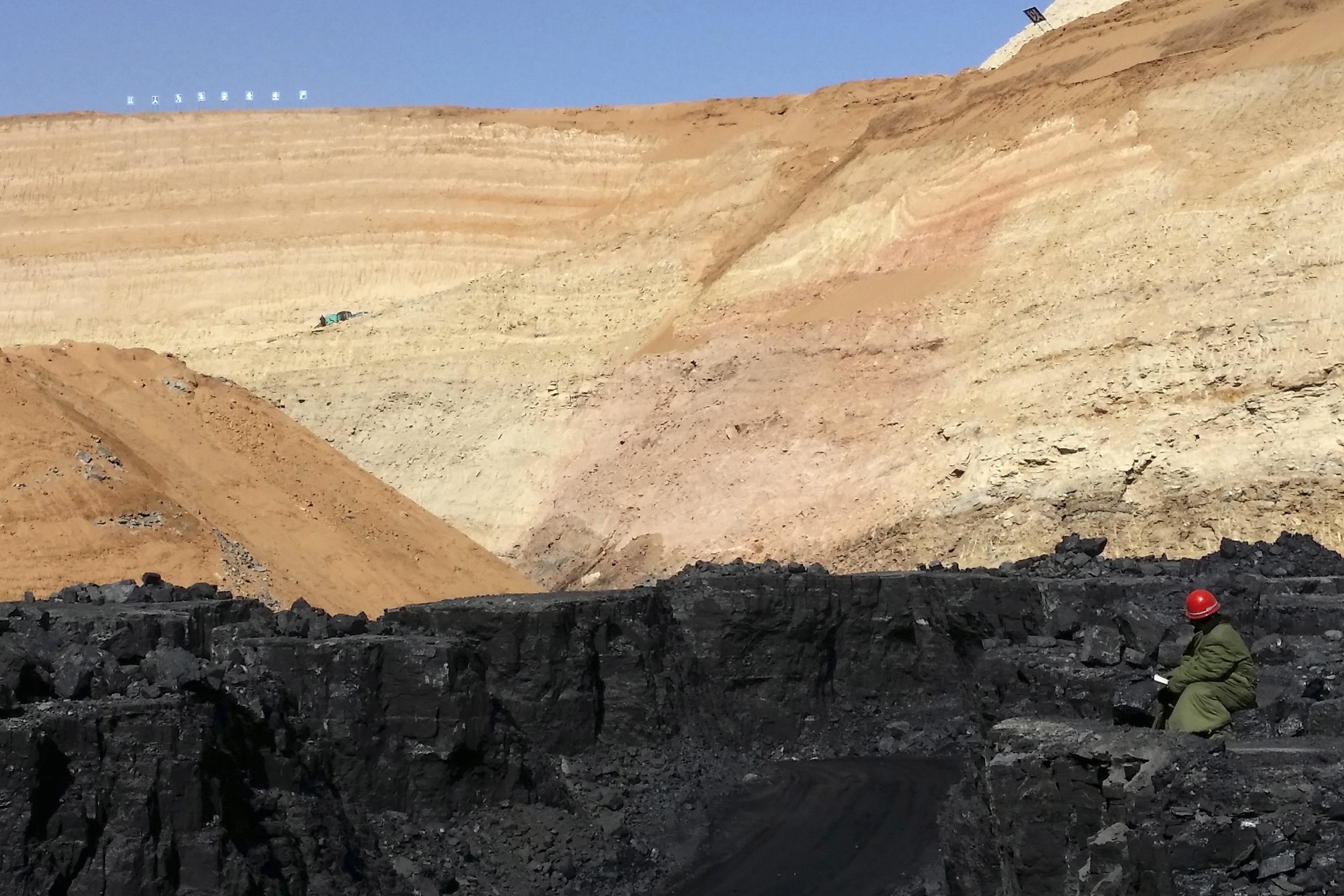 A mine worker looks at stacks of coal in an open-cast steam coal mine located in the Ordos mining district, Inner Mongolia Autonomous Region, March 14, 2014.

BEIJING - As China&39;s coal consumption drops for the first in years, environmentalists and experts say China can seize the opportunity to reform a polluting industry.

China, the world&39;s largest consumer of coal has seen a drop in consumption for the first time in this century, as environmental policies start to put significant constraints on its coal industry.

Green groups are celebrating the new data, but experts warn about a tough transition and economic uncertainty ahead with an unwieldy oversupply of coal against a weakening demand.

China&39;s coal consumption decreased in 2014, with production falling 2.5 per cent year-on-year and imports falling by 10.9 per cent compared to 2013, according to China&39;s National Coal Association.

"An already grim situation is made worse by weak demand, overcapacity and a large amount of imports," association vice president Jiang Zhimin said.

Ratings agency Fitch also said 2014 was a difficult year for China&39;s coal industry, with prices sliding by about 20 per cent due to factors such as new import duties and the government&39;s ban of domestic production and imports of low-quality coal.

China has the world&39;s third-largest known coal reserves, but lacks gas and oil resources. Nearly 70 per cent of the country&39;s energy still comes from coal, with the population of 1.3 billion burning as much as the rest of the world combined.

Yet coal production growth has been slowing since 2012, affected by the slower rate of economic growth and efforts to shift the country&39;s economy from a reliance on heavy industry to sectors such as service and tourism.

Local governments have been under orders since last year to gradually shut down smaller-scale coal mines with annual production capacity of less than 90,000 metric tons. That has helped to eliminate highly polluting mines but took a toll on mining jobs and salaries.

"Two years ago, it was very easy to get by on my monthly salary...Now with wages falling it may be time to go home," a miner for Kailuan Group said in the central Chinese city of Wuhan.

Qi Ye, director of the Low Carbon Development Policy Research Center of Tsinghua University, said the drop in coal consumption can lead to a decrease in carbon emissions, and mixed economic consequences.

"Industries which rely on coal production and coal transportation will suffer," said Qi. "And there is another potential impact. When coal prices go down, the costs for its downstream industries will also be decreased. So coal may end up enjoying a price advantage compared with renewable and non-fossil fuel energy," he said.

Yang Fuqiang, senior advisor on energy environment and climate Change for the National Resources Defense Council, praised efforts to make coal production more efficient but said the government should step back to allow the overcapacity situation to regulate itself.

"Let the market fully control and enhance competition. The government, especially local governments, intervene too much," he said, "and this is the main reason for overcapacity."

"China&39;s energy structure would stay the same for a long time. We don&39;t have enough alternative energy sources and can&39;t just abandon coal but we are constrained by environmental challenges, and need to learn from other countries to make smarter use of coal," he said.

Greenpeace said China should consider amending its targets for peak coal production in light of the new data.

The government&39;s current guidelines aim to ensure that coal burning reaches no higher than 4.2 billion tons per year by 2020. The share of non-fossil fuels in the energy mix will rise to 15 per cent by the same year, according to the plan issued by the State Council in November.

Greenpeace said China&39;s existing energy targets can bring about peak coal before 2020 and is calling for it to be made an official target in China&39;s Five Year Plan for 2016-20.