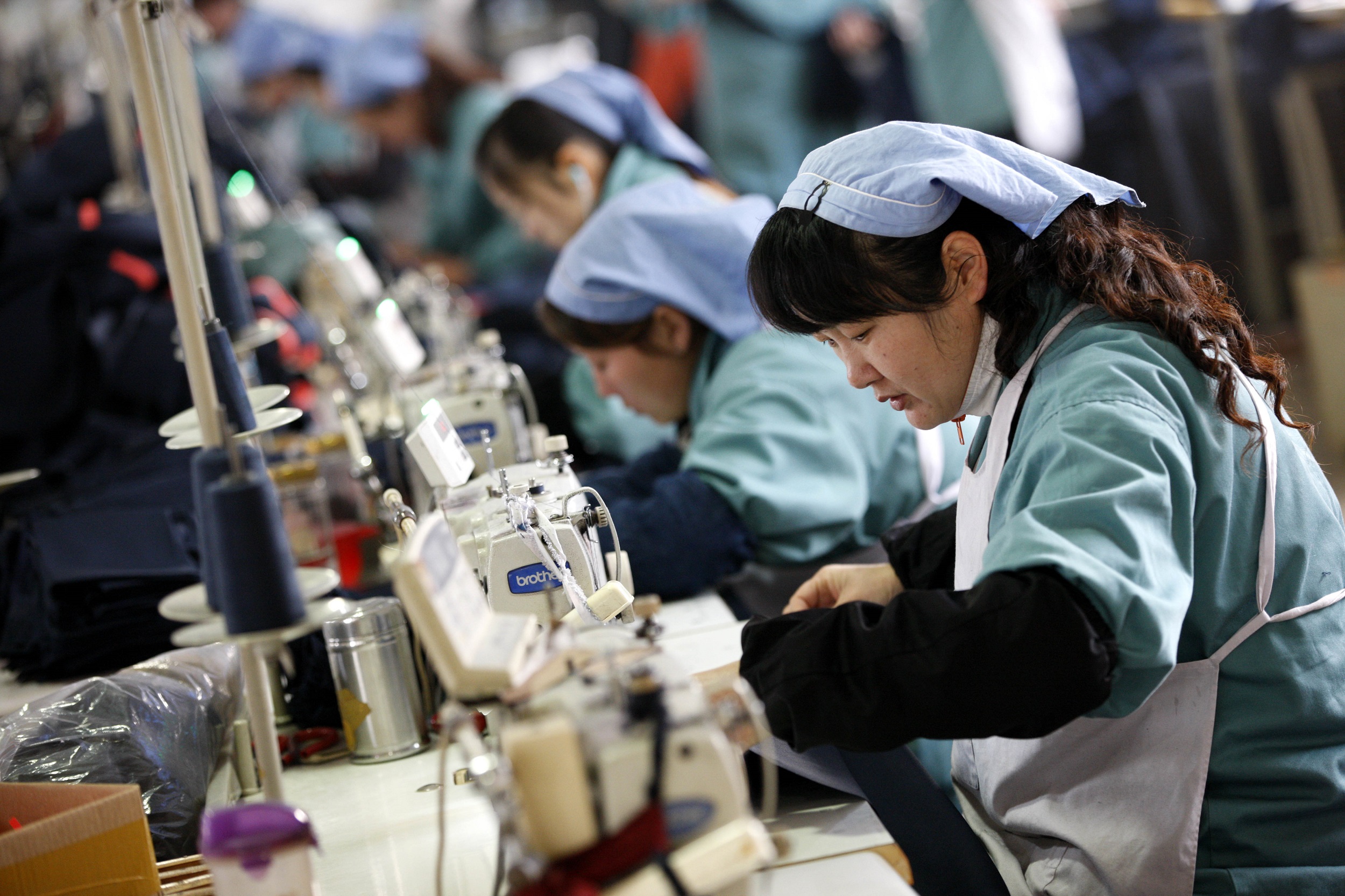 Beijing has said it wants to transition away from a reliance on debt-fuelled investment and towards a consumer-driven economic model, but the transition has proved bumpy.

The economy grew at just 6.7 percent in 2016, its slowest rate in a quarter of a century.

"Thanks to strong investment and property, the economy is performing well."

The reading Monday marked the second quarterly improvement since the final three months of 2014.

It was better than the median analyst expectation of 6.8 percent in an AFP poll, and also up on the fourth quarter figure.

"The national economy in the first quarter has maintained the momentum of steady and sound development," the National Bureau of Statistics said in a statement.

Retail spending rebounded to a forecast-beating 10.9 percent, while fixed-asset investment rose 9.2 percent in the first three months of the year, representing a slight acceleration from February.

The readings follow data showing robust foreign trade and a further expansion in factory activity driven by a pickup in production and demand last month.

The faster growth rate was driven by a pick-up in industry and construction, Brian Jackson of IHS Global Insight said in a note, adding that "mining, manufacturing and utilities growth all accelerated", while the services sector slowed.

But the return to stimulus spending and infrastructure to drive the economy shows Beijing has reverted to "the same old" investment-driven growth model, Raymond Yeung and David Qu of ANZ Research wrote in a note.

They said the government's announcement last month that it would build a vast new economic zone in the relatively unprosperous area of Xiong'an shows authorities have a "tendency to rely on infrastructure development to sustain growth".

News of the Xiong'an zone, which is expected to eventually cover a vast area of some 2,000 square kilometres, set off a flurry of speculative real-estate purchases in the area, which has been struggling economically.

But looking ahead, China's growth momentum is not expected to last through the whole year, Julian Evans-Pritchard of Capital Economics said in a note.

"Our own measure of economic activity also points to a strong start to 2017, though we don't expect the strength to be sustained," he said.

"With the acceleration in credit growth that helped drive the recent recovery now being reversed, we still expect the economy to begin slowing before long."

Jackson said that a steady deceleration in the real estate sector should take hold from the second quarter, adding that it would "create an additional drag for both the services and construction components of GDP".

The government has trimmed its 2017 GDP growth target to "around 6.5 percent".

According to the AFP poll's median full-year forecast, China's GDP growth will fall to 6.6 percent for the year.