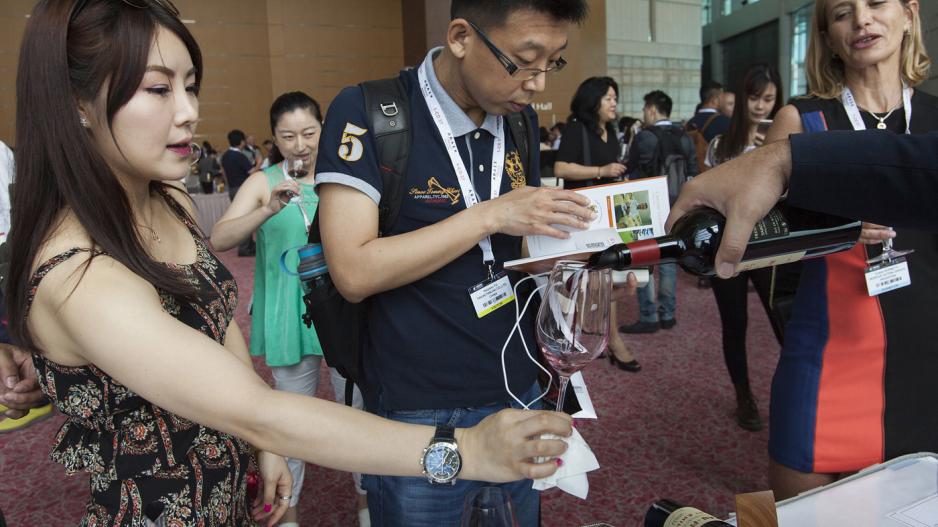 HONG KONG – A slowing economy and a corruption crackdown had led to concerns that China&39;s wine boom had gone bust, but there was renewed optimism at a Hong Kong wine fair on Tuesday as the mainland develops more affordable drinking habits.

The three-day annual event Vinexpo is held alternately between Bordeaux and the former British colony, with Hong Kong the gateway to the massive Chinese market particularly after the removal of wine import duties in 2008.

China&39;s wine consumption surged 70 percent between 2009 and 2013 to 1,94-billion bottles and, three years ago, China overtook France as the world&39;s largest consumer of red wine.

But at the last Hong Kong edition of Vinexpo in 2014 fears were growing that anti-corruption measures brought in by Chinese President Xi Jinping were slowing consumption, particularly because the popular mainland practice of offering expensive wines and spirits as gifts was no longer acceptable.

According to a report by Vinexpo, China consumed 7,24-million fewer cases of red wine last year, compared with 2014.

But now the good times are back, says the fair&39;s chief executive Guillaume Deglise, thanks to a growing middle class buying cheaper bottles.

"We have come back to Hong Kong with more confidence. In 2014, there was a lot of uncertainty over the austerity policies and the economic situation was not ideal," he told AFP.

"The market has matured and it is not only about the Grand Crus. Consumption has increased with (wines) starting at a lower price," Deglise added.

"It is not only about luxury products given as gifts from buyers. It is real consumption."

D-DAY VinexpoHK meet us in Hong Kong today and tomorrow for this amazing wine event ! Pic by Herv Lefebvre pic.twitter.com/jhGxalwoZd

Expansion will continue thanks to growing consumption by lower spenders, but it will be slower than the previous surge, according to the Vinexpo report.

The previous bubble was also fed by overly inflated prices, which have since come down, says Hong Kong-based wine expert Jeannie Cho Lee.

Lee was the first person from Asia named as a "Master of Wine", a title given to those who pass a notoriously tough exam run by the London-based Institute of Masters of Wine.

"The reason the price went so high was not because consumers were buying so much wine, but because the importers were overly optimistic, surpassing real consumer demand," said Lee.

Deglise added that Hong Kong was increasingly the gateway to other Asian markets, not only China.

Producers and traders will meet with clients, distributors, importers, retailers and sommeliers at Vinexpo, with 17,000 trade visitors expected and more than 195,000 bottles of wine from 33 countries opened.