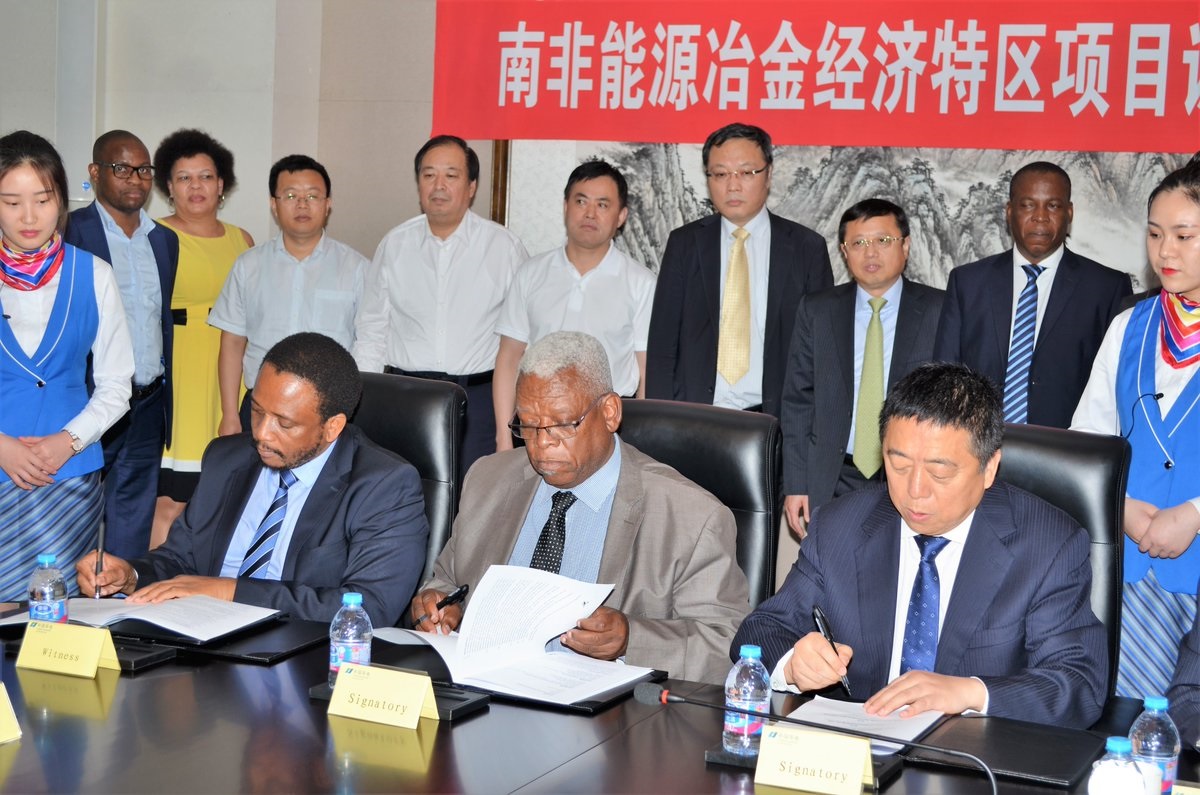 PRETORIA – The Limpopo Economic Development Agency (Leda) signed memorandums of understanding (MoUs) and a memorandum of agreement with nine Chinese companies who have committed to investing more than $10-billion (R124.9-billion) in the Musina-Makhado special economic zone (SEZ), the trade and industry department (dti) said in a statement on Saturday.

The signing ceremonies took place in Beijing, China on Friday and Saturday, the dti said.

DDG Zikode and Mphahlele signing an MoU with the Vice President of China Huadian Honkong Company that will be investing in the Musina-Makhado Special Economic Zone, Li Linwei pic.twitter.com/hCQIDAhJ0Y

The Musina-Makhado SEZ is advancing very fast and generating a significant amount of interest among potential investors, he said.

“The signing will be followed by due diligence as technical representatives of the companies visit the SEZ to do various assessments on the ground before implementing their plans. As we speak, there is a Chinese company that is conducting a feasibility study.

"We are looking forward to seeing the SEZ getting off the ground and beginning to change the economic landscape of Musina and Makhado by creating business and employment opportunities for the people of the Vhembe district,” Mphahlele said.

Mphahlele said the development of the SEZ is a “game changer” and he is confident that the positive impact of the SEZ would extend to other parts of Limpopo and other African countries, such as Zimbabwe and Mozambique.

Kgopong said the signings are a major milestone in the development of the Musina-Makhado SEZ. “We are happy that we will be returning home with concrete commitments in the form of MoUs, but one of the reasons for coming here was to confirm the readiness of the Chinese companies to invest in the project.

"We have been impressed by what we saw and heard during our interaction with the companies. They are ready and eager to come to South Africa and start working. The entire province, including the communities and businesses, are behind this project,” Kgopong said.