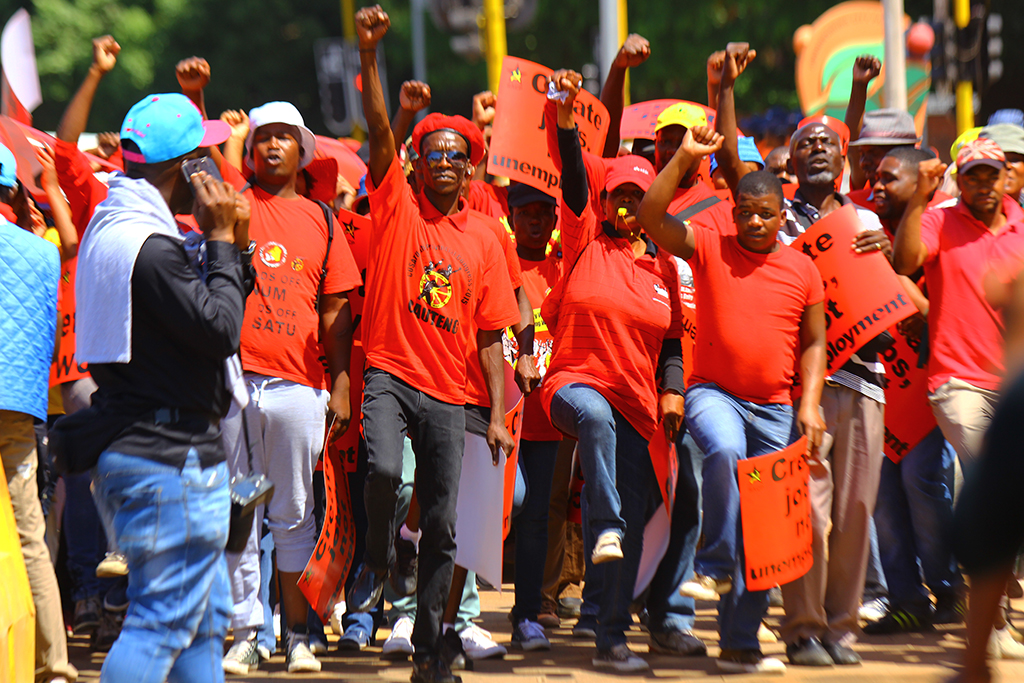 Workers march in the Cosatu march in Johannesburg, protesting against poverty and poor service, 7 October 2015

JOHANNESBURG – The Congress of South African Trade Unions (Cosatu) on Wednesday said it fully supported its affiliate – the Chemical, Energy, Paper, Printing, Wood and Allied Workers Union (CEPPWAWU) – in its bid to demand a living wage.

More than 15,000 employees in the petroleum sector are expected to go on strike on Thursday over wage negotiations against the employers in the chemical industry, the National Petroleum Employers Association (NPEA).

CEPPWAWU is demanding a 9-percent wage increase over one year, but the employers are only offering a 6.5 percent multi-year agreement.

The union has already served a 48-hours industrial strike notice with effect from Thursday, making it clear that they were ready to lead workers into the streets and bring refineries and fuel depots across the county to a halt.

Cosatu spokesperson Sizwe Pamla said it was unacceptable that the employers refused to accede to the workers reasonable demands.

Pamla said that workers were having a tough time to cope considering that high consumer price inflation meant that working class families were battling to afford food, transport, goods and services.

He said the price of bread had gone up 10.6 percent and transport by 8.7 percent, and the current employers offer of a 6.5 percent on wage increment was "wholly inadequate".

"Cosatu is calling on the employers to accede to the workers demands of a nine-percent wage increase, minimum wage of R8,000 and a one-year agreement," Pamla said in a statement.

"To avoid strikes and improve labour relations, employers need to address the extreme levels of inequality and poverty wages they pay workers."

Pamla said a meaningful living wage was also good for the economy because it would make a significant contribution to stimulating equitable economic growth and development.

"We are calling on all our affiliates to support CEPPWAWU in their struggles," Pamla said.

"The 12th National Congress of the federation made it very clear that all our affiliates are expected to practice the principle of solidarity and ensure that they support each other’s struggles."