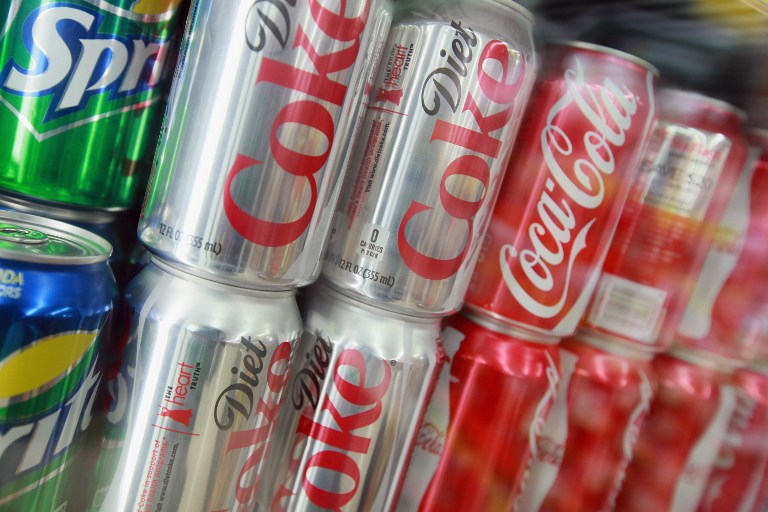 The Coca-Cola Company's successful bid to dismantle a recycling initiative in Australia's Northern Territory, has consumers and conservationists up in arms (AFP picture)

WINDHOEK - Coca-Cola will stop producing all canned drinks in Namibia and has warned consumers of possible shortages as the drought worsens across Southern Africa.

Businesses in Windhoek, the Namibian capital, have been ordered by city authorities to cut water consumption by 30 percent.

"We will cease the manufacturing of all canned products locally, substituting them with imported canned beverages from South Africa," Frik Oosthuizen, head of Coca-Cola in Namibia, said on Thursday.

"This decision has been taken as a direct result of the water crisis that is facing the central region of Namibia and we are making every effort to continue to supply our customers."

Production of all drinks in glass bottles will also be halted at the Coca-Cola factory in Windhoek, but will continue at its plant in the north of the country.

Plastic bottled drinks will still be produced in Windhoek.

"In the short term, prices will not be adjusted," it added. "We are working on alternatives to ensure sustained full supply."

Josua Amukugo, a Windhoek municipality spokesman, told AFP that the city "highly appreciates the decision to implement our call to use water wisely".