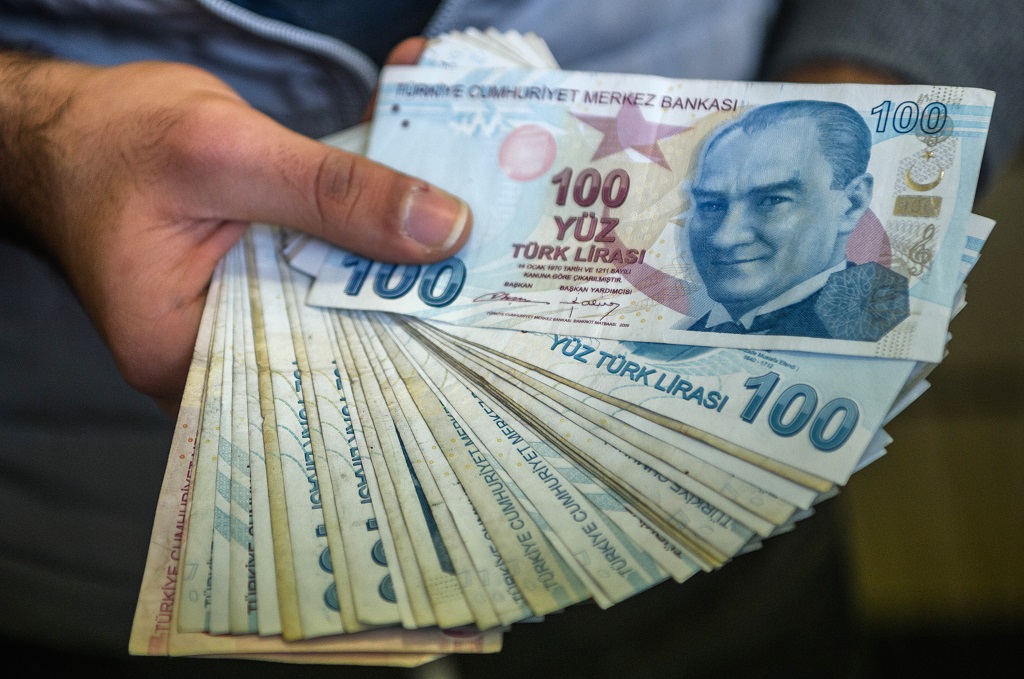 File: The Turkish tanked when US President Donald Trump took aim at Ankara.

ANKARA - President Recep Tayyip Erdogan on Friday lashed out at Turkey&39;s central bank over its refusal to cut interest rates, prompting new losses for the embattled Turkish lira against the dollar.

Turkey is enjoying robust growth rates of over five percent but record high inflation of almost 12 percent and the performance of the lira have stoked alarm over the economy.

"I believe (high) inflation is the result of (high) rates. Those who don&39;t understand me on this issue will sooner or later," Erdogan said in a speech to local politicians from his ruling Justice and Development Party (AKP) in Ankara.

"The main cause for inflation is the rates. You must learn this. All the developments show this," he insisted.

Conventional economic wisdom suggests inflation should, however, go down as interest rates are raised as this softens demand and weakens money supply growth in an economy.

The European Central Bank, among others, have previously used increased interest rates as a monetary policy tool to bring inflation down into line with target levels.

The president has repeatedly verbally attacked Turkey&39;s central bank over its unwillingness to cut interest rates.

The rates have remained steady since January.

The lira tanked sharply on his comments and later clawed back a little ground to trade at 3.89 to the dollar, a loss of 0.73 percent in value on the day.

Erdogan also criticised the central bank&39;s recent revisions to inflation projections, saying: "None of what you say sticks. It won&39;t stick. You&39;re on the wrong path," Erdogan said.

The president again blamed an "interest rate lobby" who press for a rise in rates to counter inflation.

The central bank&39;s last change in rates was in January when it hiked its the overnight lending rate by 75 basis points to 9.25 percent from 8.5 percent.

The Turkish leader also hit out at opponents of his frequent rebukes to the central bank, which is nominally independent and generally respected by the markets.

"(It&39;s said) &39;the central bank is independent, don&39;t intervene&39;. Fine. But we have reached this point because we have not intervened. The picture is clear to see."

The Turkish lira is the worst performing emerging markets currency this year, losing nearly 11 percent of its value since January.