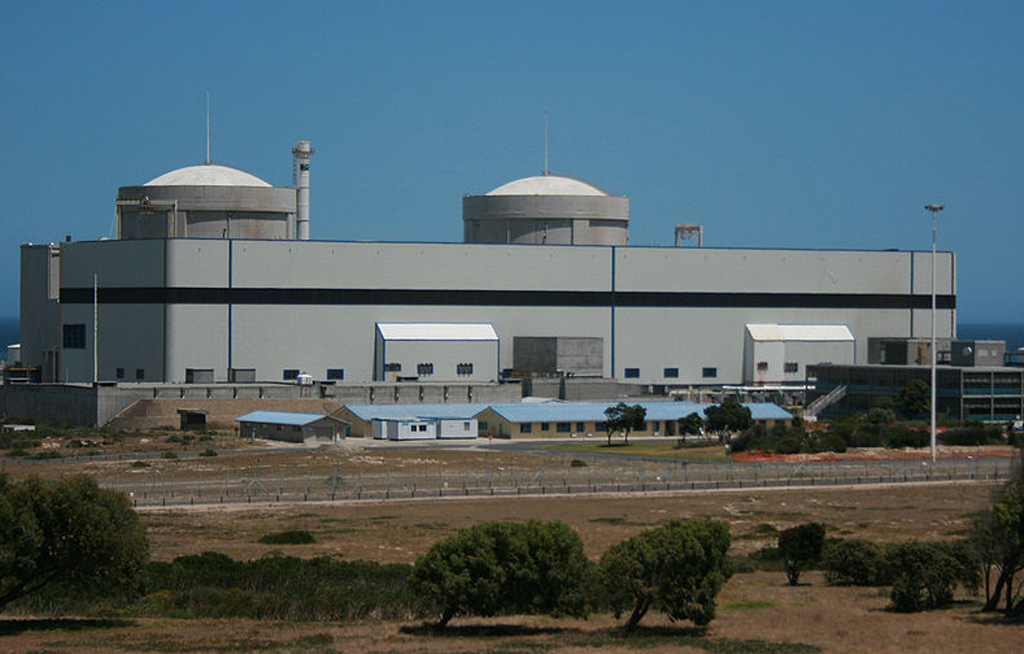 JOHANNESBURG - The 80-page mediumterm budget policy statement mentions the word nuclear only once and that is to refer to the shifting of a small amount of money into the programme to deal with the management of nuclear waste.

This Department of Energy programme was supposed to establish a National Radioactive Waste Disposal Institute more than two years ago to deal with nuclear waste but due to budgetary constraints, this had not been done.

But the big nuclear issue — the building of a fleet of nuclear power stations — did not get a mention. Finance Minister Pravin Gordhan raised it once only to say that “it is now confirmed that Eskom will take the lead in the nuclear power initiative”.

Energy issues — both nuclear and the future of the renewable energy independent power producer programme — were, however, the biggest topic in questions to Gordhan from journalists at the budget briefing.

Before the decision by the Cabinet earlier this week that Eskom will lead procurement, the company’s head of generation, Matshela Koko, boldly claimed that not only would Eskom choose a reactor design to its liking — he has said SA does not need all the bells and whistles — but that it would also fund the programme off its own balance sheet.

While it is not a bad idea for an entity with a balance sheet to be the buyer and owner, the fact, said Gordhan in the budget briefing, “is that this is one government, operating under one Constitution and one Public Finance Management Act”.

“As far as the National Treasury is concerned our approach to anyone who requires the government to use its money is first that this will be done in a collaborative way, where we all sit around a table [and make decisions] and secondly that it must be done within the law.

“Part of the tough job we have as Treasury is to ensure that the law is applied,” he said.

The Treasury is also quite scathing in its treatment of Eskom when it comes to the independent power producers. In his speech, Gordhan remarked that “contrary to the views of some, these are sound and sensible long-term investments”.

In the briefing, the Treasury leadership shot holes in the notion put out by Koko that the programme had caused massive contingent liabilities for the government, as the power purchase arrangements the producers have with Eskom are guaranteed by the state.

These, said Treasury director-general Lungisa Fuzile, were simply not an imminent threat to government finances.

“I know of nothing that will migrate tomorrow for those arrangements to become a real liability. Nothing will change,” Fuzile said.

Deputy Finance Minister Mcebisi Jonas also responded to the threat or proposal by Koko that Eskom would cease to pay the independent power producers, saying: “The conditions of the contract have to be met by Eskom. Policy is the responsibility of government and not of a public entity.”

Gordhan also promised that a meeting would be held soon between himself, Energy Minister Tina Joemat-Pettersson and Public Enterprises Minister Lynne Brown over the renewable energy independent power producer programme.

Joemat-Pettersson has been promising to clear this up with Brown for several months now, but at every opportunity Eskom comes back stronger to say it will not sign, a possible indication that Brown herself has not come round to seeing the value of renewable energy.

Apart from having the Treasury look over its shoulder as it goes about the nuclear procurement and needing its sign-off on the financial aspects of the deal, Eskom has some other obstacles to negotiate before it can get started.

The biggest one is the Integrated Resource Plan, the long-term energy blueprint, which will soon go to the Cabinet. The fight over the plan is shaping up into a battle royal. Should the plan not be favourable to nuclear — the present draft is certainly not favourable enough to launch a procurement — the plan might not get through the Cabinet.

On the other hand, if it is massaged into a nuclearfriendly shape and form by government officials, there will be grounds to pull it apart at the seams in the public participation process. Without it, Eskom cannot comfortably go ahead, despite the claim that it can. Any procurement that precedes the Integrated Resource Plan will be vulnerable to legal challenge.