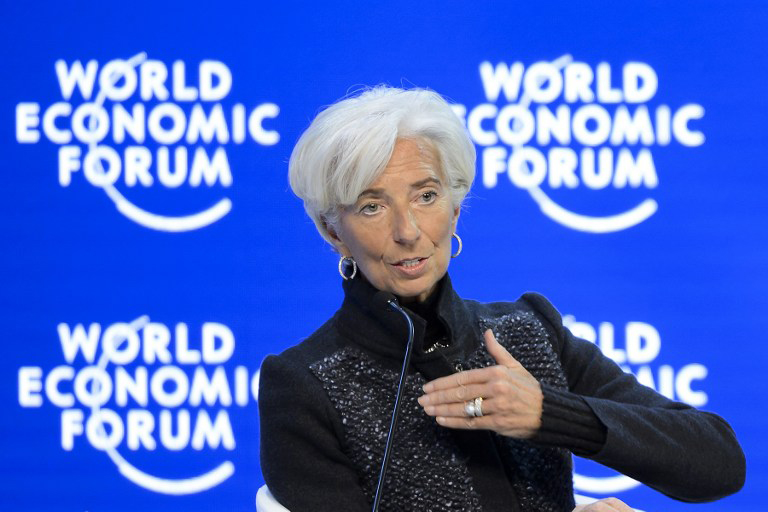 The 19 ministers, meeting in Brussels, are aiming to finally sign off on the long-delayed first review of Greece&39;s massive EU-IMF bailout -- the country&39;s third in five years -- and begin talks on reducing Athens&39;s mountain of debt.

But a deal on Monday remains in doubt amid divisions between the eurozone and the International Monetary Fund on both the measures the cash-strapped Greek government must take, and the need for debt relief.

In Athens rioters hurled petrol bombs and police fired tear gas Sunday as tens of thousands of Greeks took to the streets in protest at the tax hikes and pension reforms approved by parliament.

Greece "has met its commitments" made last July to secure the next tranche of its 86-billion-euro ($95-billion) rescue package, government spokeswoman Olga Gerovassili said.

"Now it is important that the debt question be discussed for the first time at the Eurogroup."

Completing the first review would unblock around 5.4 billion euros that Greece needs to meet huge payments to the European Central Bank (ECB) and IMF in July, as well as to pay for everyday government duties.

In its official agenda the Eurogroup said it would discuss the "progress achieved" by Greece in satisfying its commitments.

It added that it would "also discuss possible debt relief", despite the opposition of German Finance Minister Wolfgang Schaueble, the Eurogroup&39;s most influential member.

But in Germany, vice chancellor Sigmar Gabriel said the time had come to take on Greece&39;s public debt, which stands at roughly double what the economy produces in a year.

"Everyone knows that the Greek people cannot carry this debt load," said Gabriel, who is also leader of the Social Democrats, a coalition partner to Schaueble&39;s Christian Democrats.

Also on the table in Brussels will be a demand to Athens for extra reforms in case it misses its spending targets in 2018, but these are fiercely opposed by Greece.

These so-called "contingency measures" are a key requirement of the IMF, as the Fund is sceptical Athens will meet the targets.

IMF chief Christine Lagarde has warned that there were "significant gaps" in Greece&39;s reform offers, while also accusing the Europeans of demanding unrealistic targets from Athens.

But the IMF also strongly supports debt relief for Greece, seeing it as a key condition for the wrecked Greek economy to get back on its feet.

Greek Finance Minister Euclid Tsakalotos has called on the eurozone to drop its extra reform demands, warning of a "failed state" if the Brussels talks run aground.

The meeting follows days of protests in Greece, where tens of thousands took to the streets to slam the unpopular reforms adopted late Sunday.

All the opposition parties voted against the bill, which will reduce Greece&39;s highest pensions and raise taxes.

In the run-up to the vote, angry unions staged a general strike that paralysed public transport, while some 26,000 people took to the streets of Athens and Greece&39;s second city Thessaloniki.

These numbers were, however, significantly down on February protests when 40,000 people marched in Athens alone.

Prime Minister Alexis Tsipras, who has said reform is needed to prevent the pension system collapsing, defended the changes in parliament earlier Sunday.

They are part of the government&39;s bailout pledge to achieve 5.4 billion euros in spending cuts by 2018.

"The system requires root-and-branch reform that previous governments have not dared to undertake," he told lawmakers.

He also promised the Eurogroup meeting Monday would tackle Greece&39;s crippling debt burden, one of the only concessions granted to Tsipras when he secured the bailout.