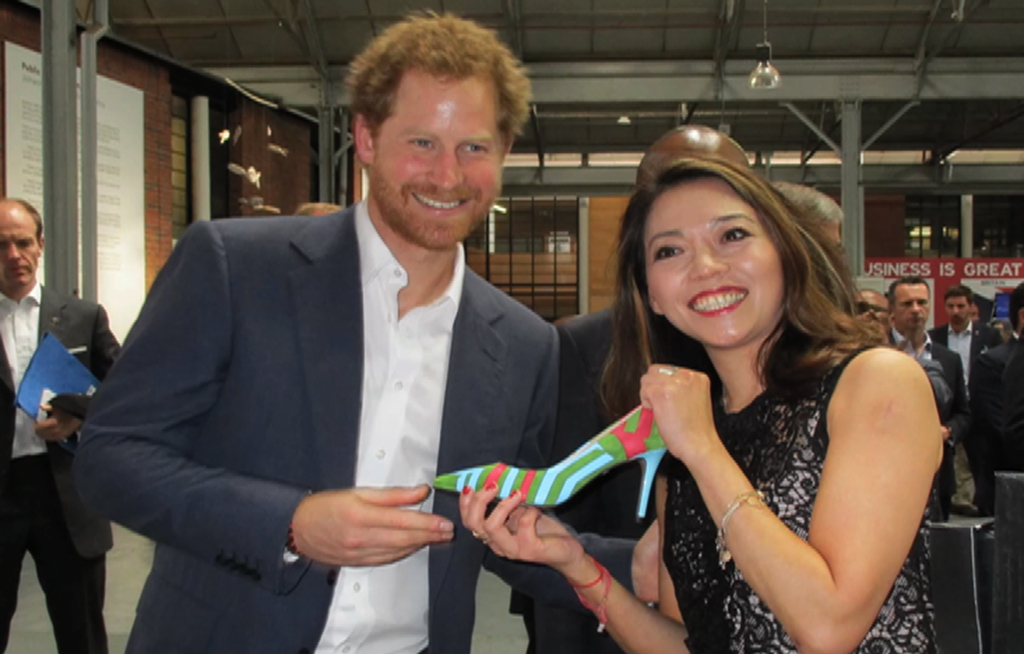 JOHANNESBURGFrom Sandton to Soweto, one womans shoes have left the runway and strutted onto the streets of Johannesburg.

JOHANNESBURG – From Sandton to Soweto, one woman’s shoes have left the runway for the streets of Johannesburg.

Founder and CEO Sam Lin launched her footwear company, Sam Star Shoes, in 2010. Now it is selling to about 40 boutiques across the nation and also hosts an online shop for the international community.

Lin immigrated to South Africa from Taiwan at the age of 14. She hoped to explore the world and learn English. In 1999, she attended business school in England at Oxford Brookes University.

“At a tender age of 14, you’re still growing and figuring yourself out a lot,” Lin said. “But again, I don’t look back. I chose this.”

But in 2010, Lin was jobless. With the technological knowledge of fashion and shoes along with her prior experience with the importing industry, she decided to pursue her start-up.

“(Being an) entrepreneur is not for the faint-hearted,” Lin said. “We don’t close the business. We work even through the night: I mean even dreaming, thinking. I’m an entrepreneur because I want to build something of my own.”

Lin said Sam Star Shoes went from selling 400 pairs of shoes in the first season of 2010 to 1,800 pairs in the same period of this year. Sales are counted per season, of which there are two per year: spring/summer, and autumn/winter.

Her shoes have been featured in top fashion publications such as Marie Claire, Cosmopolitan, Elle and Entrepreneur.

“Day and night you think: how do we improve ourselves, improve the company? How do we do marketing, how do we do business strategy?” she said.

There are a lot of challenges to being an entrepreneur in South Africa. Lin said the currency drop in 2014 and the lack of a support system have hindered her efforts to grow her company. She noted how the inefficiency in the process of finding new clientele forced her to sometimes physically search all the malls in South Africa to get the job done.

“We don’t have a support system for young entrepreneurs in South Africa,” Lin said. “There’s no foundation or any industry support, so you’re basically on your own.”

Last year, the Branson Centre of Entrepreneurship admitted Lin as an aspiring entrepreneur. Through the organisation, she has received a well-needed boost. Lin attended a boot camp in Stellenbosch to learn how to improve her business. She also met and presented her designs to Prince Harry, Sir Richard Branson and top CEOs.

“There will always be negative reviews and naysayers along the way, but you have to be firm and strong inside here to say, ‘No I can do it. I believe in myself that I can do it.’ Then you can do it,” Lin said.