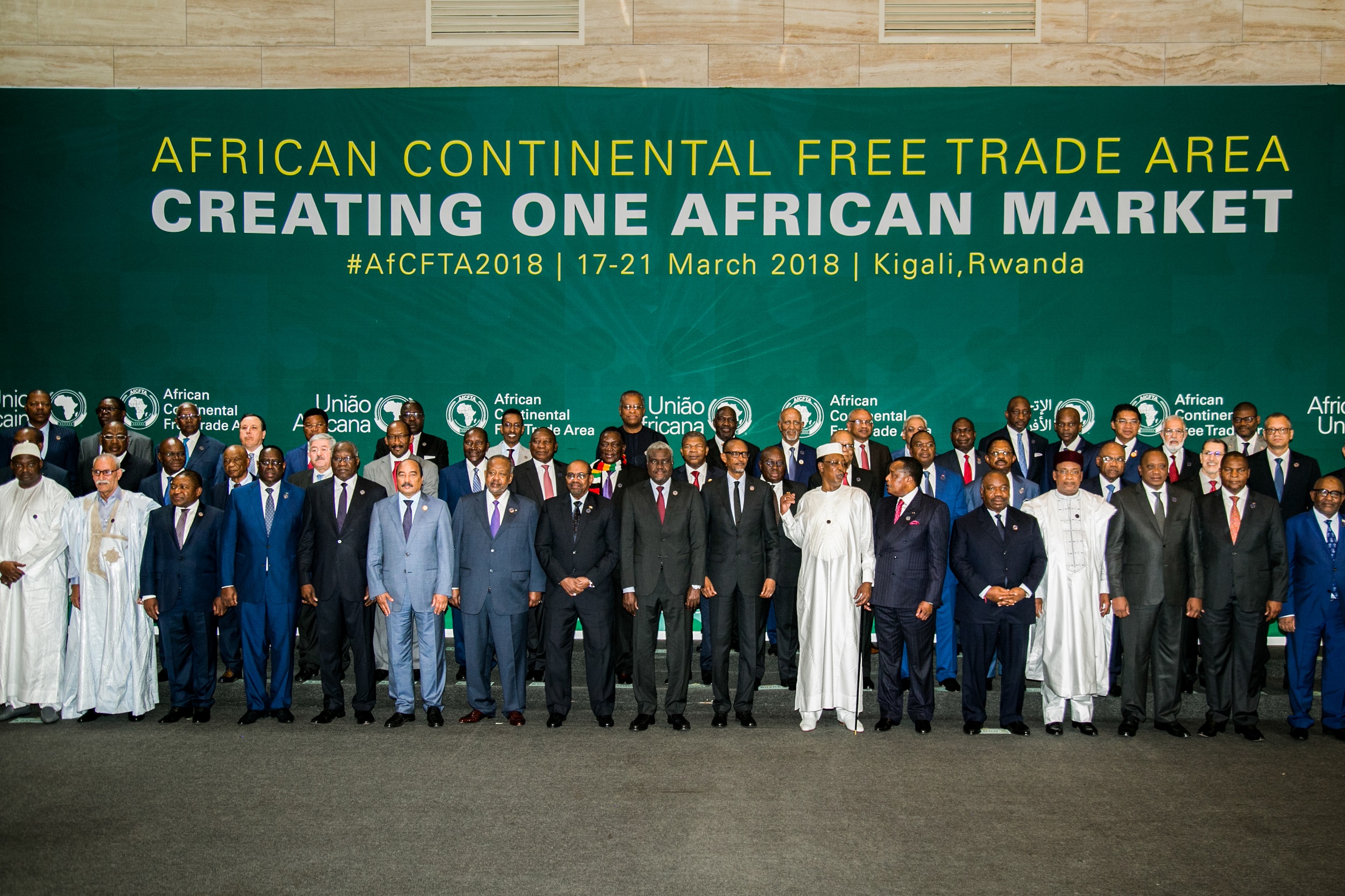 African heads of states and governments pose during African Union (AU) summit for the agreement to establish the African Continental Free Trade Area in Kigali, Rwanda.

JOHANNESBURG – Experts say intra-Africa trade has the greatest potential for building sustainable economic development and integration on the continent.

This week two key players signed a memorandum of understanding for a $1-billion (R13-billion) financing programme.

The funds will be used to promote and expand trade and investment between South Africa and the rest of Africa.

The joint initiative between the African Export-Import Bank and the Export Credit Insurance Corporation of South Africa would support businesses through capacity building and market-information initiatives.

“This programme aims in addressing some of the challenges by making funding accessible and affordable to the broader trading public,” said Kutoane Kutoane CEO at Export Credit Insurance Corporation of SA.

It’s hoped the fair will deepen trade ties among African countries by providing a platform for information sharing and opportunities to tap into a market of more than one billion people.

“One of the biggest constraints in intra-Africa trade is the lack of trade information,” Benedict Oramah President of the African Export-Import Bank said.

READ: Why Africa&39;s free trade area offers so much promise

However, infrastructure remains a general challenge on the continent, as governments do not invest enough in large-scale projects. Low manufacturing and processing capacity remains a major stumbling block for trade among African countries.

Intra-African trade in manufacturing declined from 18 percent in 2005 to about 15-percent between 2010 and 2015. Official statistics put intra-African trade at a mere 13 percent of the continent’s total trade.

Analysts say that is abysmally low. Higher volumes of intra-African trade will expose firms to bigger markets, new opportunities and a larger pool of capital including human capital.

This will ultimately grow their turnover and returns.