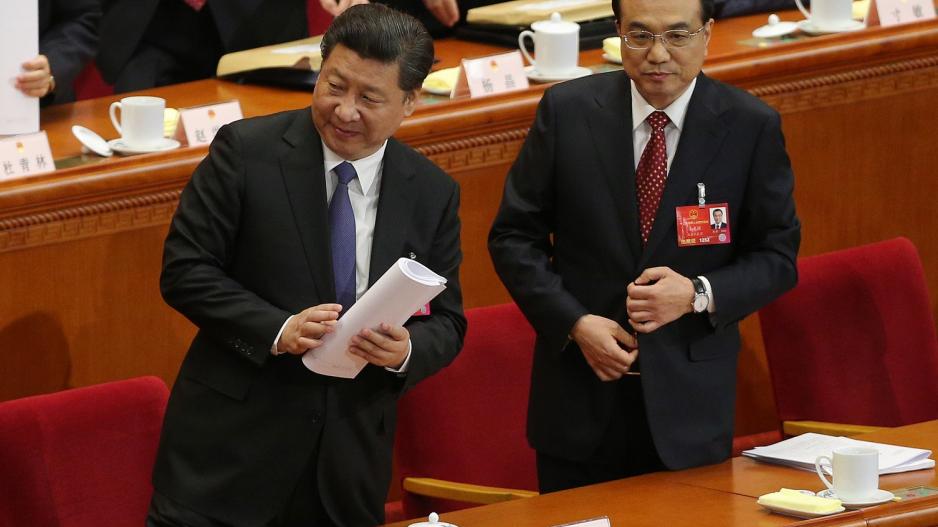 Chinese Premier Li Keqiang (R) and Chinese President Xi Jinping leave after the opening of the fourth Session of the 12th National People's Congress (NPC) at the Great Hall of the People in Beijing, China, 05 March 2016.

BEIJING - China on Saturday published the draft of its 13th Five-Year Plan, a blueprint for economic and social development over the 2016-2020 period.

Such plans are a legacy of China&39;s command economy era but still guide policymakers, and the 148-page document is due to be approved by the ongoing National People&39;s Congress, the country&39;s Communist-controlled parliament.

Here are some main targets listed in the draft plan.

4. To cut energy consumption and carbon dioxide emissions per unit of GDP by 15 percent and 18 percent respectively from 2015 levels by 2020.

8. To boost per capita disposable income by 6.5 percent or higher every year. The figure grew by 7.4 percent in 2015.

9. To create a total of 50 million jobs in urban areas over the five years.

10. Permanent urban residents to make up 60 percent of China&39;s total population by 2020, up from 56.1 percent last year. The proportion of people with urban "hukou", or household registration, is to reach 45 percent of the total population.