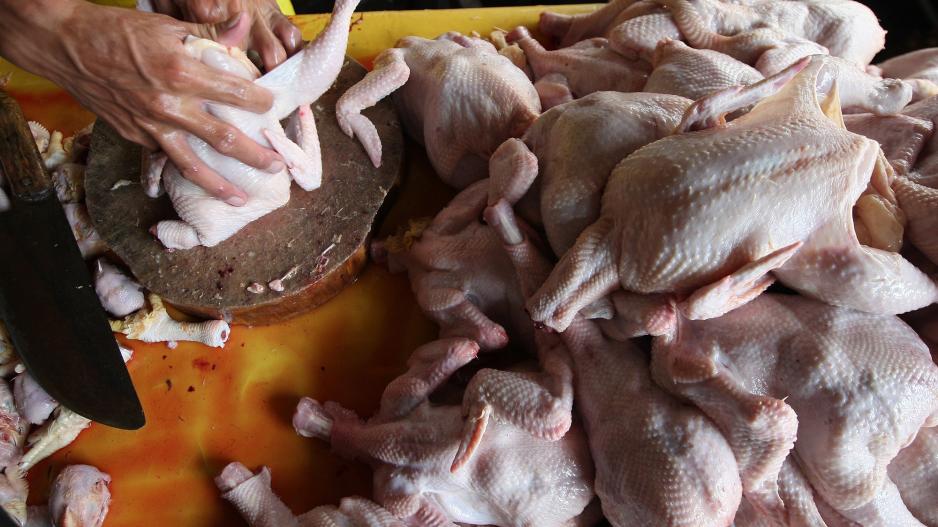 File: The Zimbabwe Poultry Association said much of the R128-million worth of chicken that Zimbabwe imported from South Africa in nine months last year may have been grey.

The US Trade Representative Michael Froman and US Senators who had been involved in the trade dispute announced in Washington on Wednesday that 12 containers at 27 tons each, or 325 tons, of US chicken had arrived in South Africa over the weekend and had already been distributed.

US officials said the first chickens had reached shops Tuesday though they did not know yet exactly where.

Froman said the arrival of the chicken imports and the resolution of a last-minute glitch about US pork imports meant that South Africa had met all the benchmarks for the lifting of the provisional suspension of some of its AGOA benefits.

However, he did not announce the lifting of the suspension, saying that US President Barack Obama was assessing the situation. But Obama’s announcement appears to be a formality, expected probably by Thursday.

US ambassasdor to South Africa Patrick Gaspard welcomed the announcement.

“We are delighted by the announcement from USTR Froman today and we welcome the arrival of American chicken into commerce in South Africa. The entry of US poultry into South Africa was required as a condition for avoiding South Africa’s suspension under AGOA.

“Now that the issues involving AGOA have been resolved, we are focused on developing a broader, stronger economic partnership with South Africa, and we believe that expanding trade and investment in both directions is the best way to do so.

“DTI, DAFF, SARS, ITAC, and the US poultry industry are at the US Embassy this week working to develop new, black-owned businesses in trade. I met with this group of 31 entrepreneurs Tuesday and am excited to be part of the transformation of the South African economy,” Gaspard said.

“Congratulations to everyone involved in the AGOA discussions on both sides of the Atlantic.”

With AGOA issues resolved, we are focused on a broader, stronger economic partnership by expanding trade and investment between US and SA.

Obama had announced on November 5 last year that the duty-free entry into the US of South African citrus and wine products under AGOA would end if South Africa’s health restrictions on the import of US poultry, beef and pork were not lifted by January 4.

Shortly after that he announced the deadline had been extended to March 15 to allow for the logistics of actually getting the meat into South African shops.

Froman and Senators Chris Coons of Delaware and Johnny Isakson of Georgia made the announcements at a telephone press conference on Wednesday.

Froman said that the lifting of the barriers to US poultry, beef and pork exports to South Africa would probably increase the sales of those products by about US$160 million a year.

Mike Brown, President of the US National Chicken Council said close to $100 million of that would be chicken exports.

The four men hailed this as “a great day for US farmers”, while Froman said the deal would also enable South African consumers to buy and enjoy quality products at good prices.