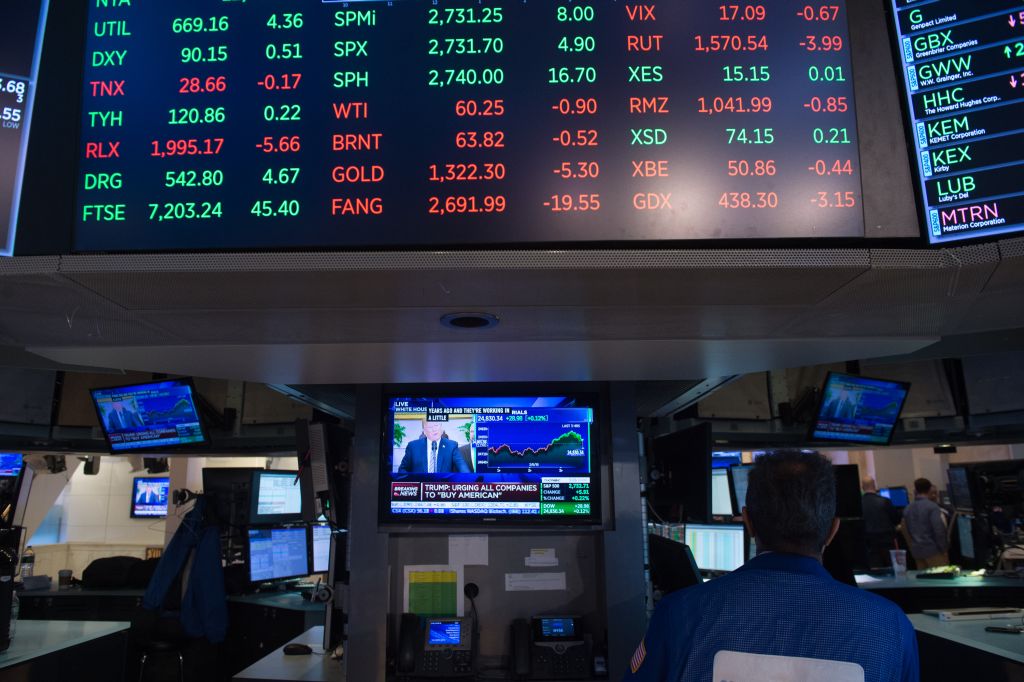 The US Federal Reserve has now ended quantitive easing or QE. South Africa, Ghana and Nigeria suffered the most due to this policy..

LONDON - British shares sold off on Wednesday as the United States threatened to slap 10 percent tariffs on a list of $200 billion worth of Chinese imports, escalating a trade war and sending jitters across global markets.

The blue-chip FTSE 100 index fell 1.3 percent, snapping a four-day winning streak to decline in line with other European markets, with the biggest losses in commodities sectors.

"Now nervously waiting for whatever China&39;s retaliation will be – beyond the immediate criticism of the proposal by Beijing – the markets went into panic mode on Wednesday," wrote Connor Campbell, an analyst at Spreadex.

China&39;s commerce ministry said it was "shocked" and would complain to the World Trade Organization, but did not say how it would retaliate.

Goldman Sachs analysts said the release of the new list increased the probability further tariffs would be implemented.

"The tariff would not take effect until September at the earliest but nonetheless marks an escalation of trade tensions," they wrote in a note.

On the British political front, the pound stabilised as analysts took the view Prime Minister Theresa May was likely to hold on to power and limit the economic damage of leaving the European Union.

Royal Dutch Shell and BP took the most points off the FTSE, down 2.3 percent and 3.3 percent, as oil prices fell with investors fearing the trade dispute could depress global economic growth and reduce energy demand.

The pan-European basic resources index had its worst day in two weeks, down 3.3 percent.

Outside trade war moves, Micro Focus led FTSE fallers with an 8.9 percent slide after the software firm reported an 8 percent decline in revenue for the six months to end-April as the costs of integrating its acquisition of Hewlett-Packard Enterprise assets climbed.

Micro Focus shares took their biggest tumble in four months, since a sales warning and CEO departure halved their market value in March.

Glencore fell 3.8 percent after it announced it had set up a board committee to oversee its response to US demands for documents on its business in the Democratic Republic of Congo, Venezuela and Nigeria, as part of a corruption probe.

Online supermarket Ocado lost 4.8 percent, giving up some of its 9 percent gain from the previous session when its shares surged after first-half earnings.

Among smaller companies, Indivior plummeted 30.2 percent after warning revenue and adjusted net income would come in below its forecast, hurt by the launch of generic versions of its bestselling opioid addiction treatment in the United States.