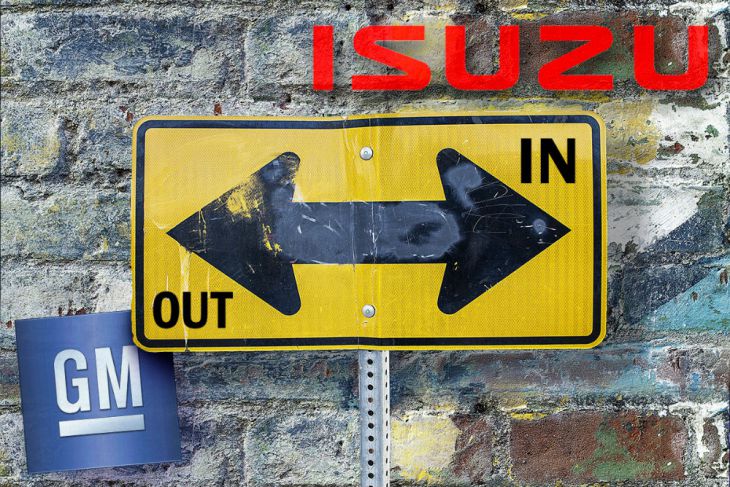 Ian Nicholls, President and MD of General Motors South Africa says the company's decision to pull out of the country had nothing to do with the state of South Africas economy or political situation.

PORT ELIZABETH - American automotive giant General Motors has announced that it is withdrawing from the South African market. As a result, production and sales of Chevrolet models will cease and Isuzu will take control of the firm’s Port Elizabeth operations.

This major announcement was made to the press early on 18 May 2017 in Port Elizabeth (*attached below), after GM’s top management had informed its workforce and dealers of the decision. When the process is concluded by year-end (as planned), it will mark the end of the US multinational’s 13-year tenure in South Africa, which saw the introduction of the Chevrolet, Hummer and Cadillac brands as well as the production of Isuzu and a number of Opel and Chevrolet products.

Manufacturing of Chevrolet products in South Africa will be phased out over the course of the coming months.

“From a global point of view, the firm is adopting a more efficient structure to allow it to focus on its core business of building and selling vehicles and also investing heavily in defining the future of personal mobility.”

He added: “after considered assessment at a global level General Motors had determined that continued or increased investment in manufacturing in South Africa would not provide the strong returns required by GM to support their overall global business strategy.”

Nicholls pointed out that the decision by General Motors, which took control of the Delta Motor Corporation’s Eastern Cape facilities and distribution network in early 2004, had nothing to do with the state of South Africa’s economy or political situation. General Motors has in recent years also ceased or dramatically cut back on operations in places such as Australia, Indonesia and in most parts of Europe. It most recently sold the Opel brand to Peugeot Citron (PSA).

The trusted KB will continue to be the mainstay of Isuzu's local offering, but expect more products in the future.

Although the local production of the Chevrolet Ute and Spark in Port Elizabeth will cease during the coming months, it not all doom and gloom… Isuzu is staying put. The Japanese truck and LCV giant, whose KB is currently distributed by GMSA, views South Africa as a very important market for its products, as well as a manufacturing base from which to supply the rest of Africa.

Consequently, Isuzu will purchase the Struandale-based manufacturing plant, as well as the 30% shareholding that GMSA has in Isuzu Trucks SA, subject to approval by the competition commission. Isuzu will further take over the GMSA parts distribution centre in Coega and its vehicle conversion and distribution centre, where vehicles are stored prior to shipment.

Plans are underway for Isuzu to set up a national dealership network of around 90 outlets to market its LCVs and trucks in the South African market.

Isuzu will purchase most of GMSA's local operations and set up a dedicated dealership network of around 90 outlets.

The Japanese giant is eyeing South Africa as a base from which to increase its presence into Africa. It recently purchased the 57.7% shareholding from GMSA in the Kenyan operations, where the Isuzu brand is the market leader and where SA-built Isuzu bakkies are sold.

Nevertheless, the decision will have a major impact on the local operations and its workforce. A significant local restructuring programme is on the cards as manufacturing and sales shift to supporting a single brand. At a dealership level, note that GMSA current has roughly 130 outlets, compared with the 90 franchises planned for Isuzu.

What if you own an Opel or a Chevrolet?

The recent sale of Opel to Peugeot still needs to be finalised. The German brand's long-term future in SA is still being determined.

Nicholls says that all warranties and service/maintenance plans of affected brands will be honoured, either by the existing General Motors dealership network through to the end of 2017, or by the new Isuzu network being established. He envisages a parts supply agreement of “at least 10 years”.

The situation with Opel - from a sales and marketing point of view - could change in the coming months, however. As it stands, GMSA has an agreement to distribute Opel until the end of this year, and the German firm’s plans for SA will only become clear once the sale of Opel to PSA (Peugeot Citron) is confirmed and final.

At present General Motors and PSA are working together to investigate the market opportunities for Opel in South Africa. An Opel press conference is set to take place on 8 June in Sandton. Either way, according to Nicholls, Isuzu will continue to provide back-up and support for Opel products until the expected Opel/PSA agreement is concluded.