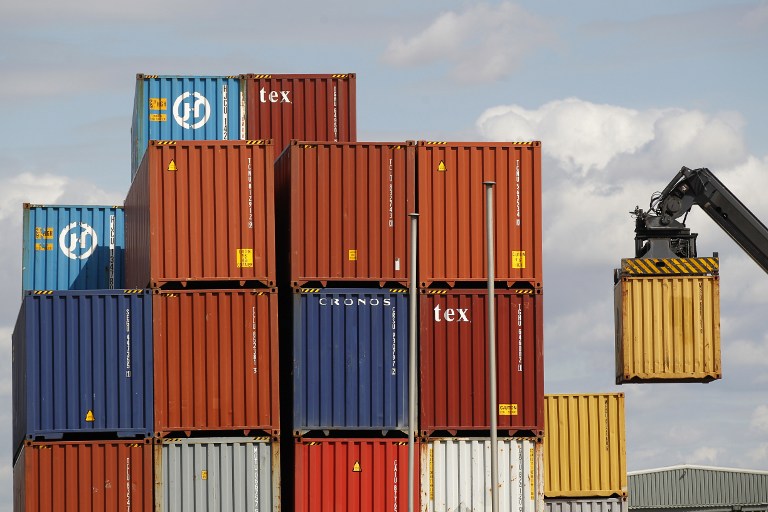 Containers are moved at Tilbury Docks, east of London on August 16, 2014, where one man was found dead and 19 people, including seven children, were taken to hospital on Saturday after they were discovered inside a shipping container at the British port.

JOHANNESBURG - Six of the world's biggest container shipping companies were raided by South African authorities on Wednesday on suspicion of colluding to inflate rates between Asia and South Africa, the Competition Commission said.

It said the firms were suspected of engaging in collusive practices to fix incremental rates on the shipment of cargo from Asia to South Africa.

"Any cartel by shipping liners in this region results in inflated prices for cargo transportation," Competition Commissioner Tembinkosi Bonakele said.

"Such cartels have the effect of significantly derailing the economic growth of the region."

A search and seizure operation focused on premises of the six firms will involve confiscating documents and electronic data and follows a tip-off by a member of the public, the commission said.

EU antitrust regulators in July accepted an offer from Maersk and 13 competitors to change their pricing practices in order to stave off possible fines.