Greece's future in EU at stake as ministers gather for talks 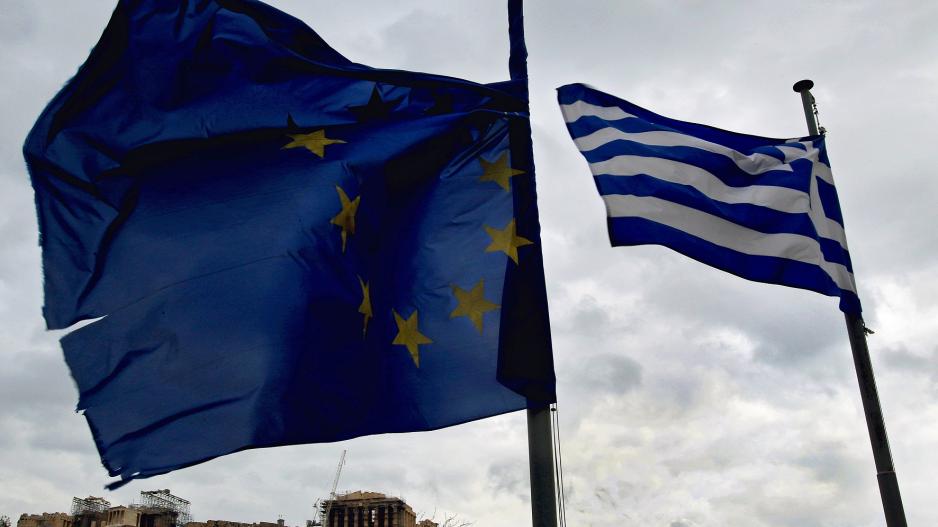 The European Union flag (L) and the Greek flag (R) wave in front of the Parthenon Temple on Acropolis Hill in central Athens, Greece, 06 March 2015.

ATHENS - Eurozone finance ministers were set to hold crunch talks over Greece on Thursday, after a barrage of warnings that the country risks a damaging exit from the EU if it fails to strike a deal with its creditors.
As negotiations between Athens, the EU, ECB and IMF over the last 7.2 billion euro ($8.1 billion) tranche of Greece&39;s massive international bailout grew increasingly acrimonious this week, officials started openly discussing the prospect of Greece crashing out of the euro.
On Wednesday, a day ahead of the Luxembourg meeting of the eurozone&39;s 19 countries, Greece&39;s central bank warned for the first time that the country could suffer a "painful" exit from the single currency area -- and even the European Union -- if it fails to reach a deal.
And in a sign the EU&39;s top financial brass are also seriously considering the possibility of a "Grexit", the head of Germany&39;s central bank, Jens Weidmann, said it would "change the character of the monetary union" -- but not destroy it.
Despite the warnings, and a looming deadline for Greece to repay 1.6 billion euros to the IMF at the end of the month, Greek Finance Minister Yanis Varoufakis said he does not expect the reforms-for-cash standoff to be finalised at the talks.
"I don&39;t think so," he said when asked during a trip to Paris on Wednesday if he expected an agreement. "Now it is up to political leaders to arrive at an accord."
Underscoring growing global concern about the fallout from the crisis, US Federal Reserve Chair Janet Yellen warned the world economy could see significant turmoil if Greece and its creditors failed to do a deal.
"In the event that there is not agreement I do see the potential for disruptions that could affect the European economic outlook and global financial markets," Yellen said.