Greek debt could be cut further 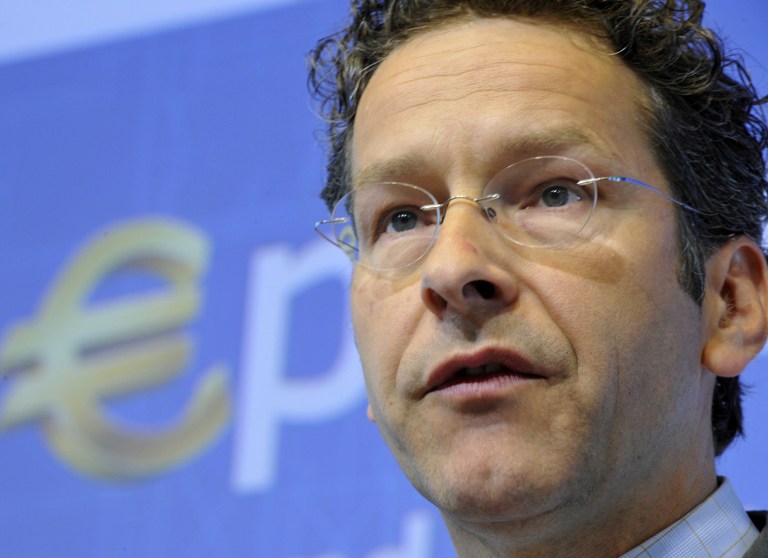 Dutch Finance Minister and Eurozone President Jeroen Dijsselbloem participates at the opening of "the blueprint for a deep and genuine EMU and debating the future enconomic, monetary banking and political union" conference on May 7,2013 at the EU Headquar

Athens - Greece could be rewarded with another cut in its debt by its international creditors if it continues to apply the terms of its economic recovery, eurozone chief Jeroen Dijsselbloem said on Thursday.

"Eurozone countries are prepared to do more if necessary to help Greece, on the condition that the programme is fully implemented," Dijsselbloem told the Kathimerini daily in English, pointing to a Eurogroup decision on the issue in December.

Eurozone members will take stock of Greece&39;s recovery progress before the summer of 2014, he added.

"There has been no decision on the specifics yet, so I cannot say whether there will be a write off of bilateral debts at this stage. The point is that within the course of 2014, we will know if the programme delivers and if more is necessary to be done," Dijsselbloem said.

Last year, Greece erased nearly a third of its overall debt through an unprecedented write-down of more than €100 billion in debt held by private creditors including banks and pension funds.

Nearly €30 billion of additional debt was subsequently recovered in a buyback achieved with bailout funds.

But it could climb to 175.2% of GDP this year according to EU estimates as Greece&39;s recession-hit economy continues to shrink.

Athens last year received a two-year extension to 2016 in order to meet the fiscal targets set by its bailout programme, and get its spending gap below 3% of gross domestic product (GDP).

Dijsselbloem on Thursday did not rule out that more time could be given.

"The Commission is already taking a more differentiated approach on fiscal measures, allowing for some countries to take more time in reducing their deficit. That should also apply for Greece," he told Kathimerini.