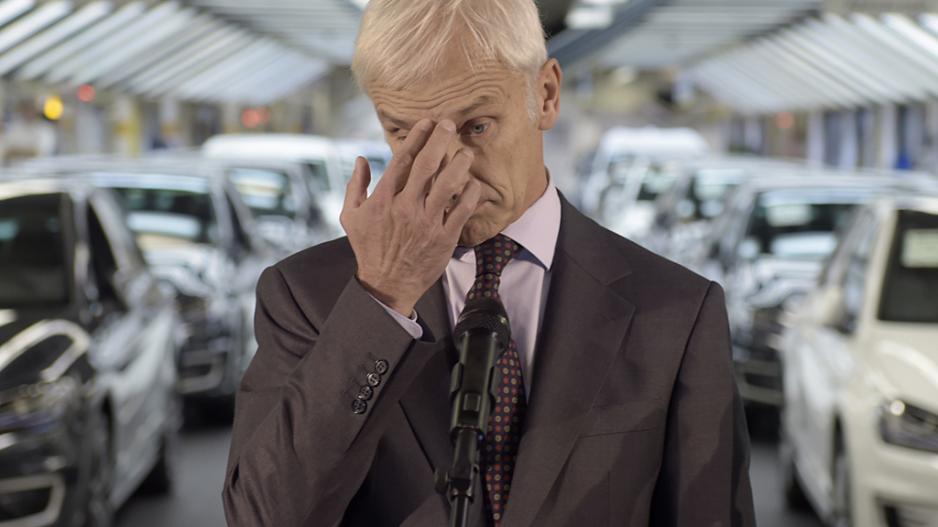 This file photo (21 October 2015) shows Matthias Mueller, CEO of Volkswagen, gesturing while addressing journalists after visiting an assembly line of the VW plant in Wolfsburg, central Germany. One year on, VW faces lawsuits around the world.

The $9.1 billion in claims is mostly made up of "bundled" actions containing lawsuits from multiple plaintiffs, many of them private investors, according to the court in Brunswick in northern Germany.

"The complete registration of the claims arrived up to now should be finished in four weeks," the court close to VW&39;s Wolfsburg, Lower Saxony headquarters said.

Investors have rushed to file compensation claims ahead of what they believe to be a one-year deadline. The court said it has taken on extra staff and hired additional storage space to cope -- as the avalanche represents half the number of cases the tribunal normally hears in a year.

Volkswagen admitted in September 2015 to installing so-called "defeat devices" in 11 million diesel-powered vehicles sold around the world, which increase exhaust treatment when the car detects it is undergoing regulatory tests.

The software deactivates the emissions system when the car is on the road, leading to levels of harmful nitrogen oxides in the exhaust many times higher than allowed. The VW group has set aside 18 billion euros to pay for the legal costs of the crisis, and has so far agreed to pay $15 billion in compensation and fines in the US alone.

The carmaker faces legal claims and investigations around the world, and analysts estimate that the final bill for the scandal could reach up to 35 billion euros. Its share price remains around 20 percent lower than it was before the crisis broke.

But while the financial pain bites deep for the firm, recent figures show sales are holding up despite the blow to its reputation.

"Volkswagen continues to believe that we comprehensively fulfilled our obligations under capital markets law and that the claims are unjustified," a spokesman for the carmaker told AFP on Friday.