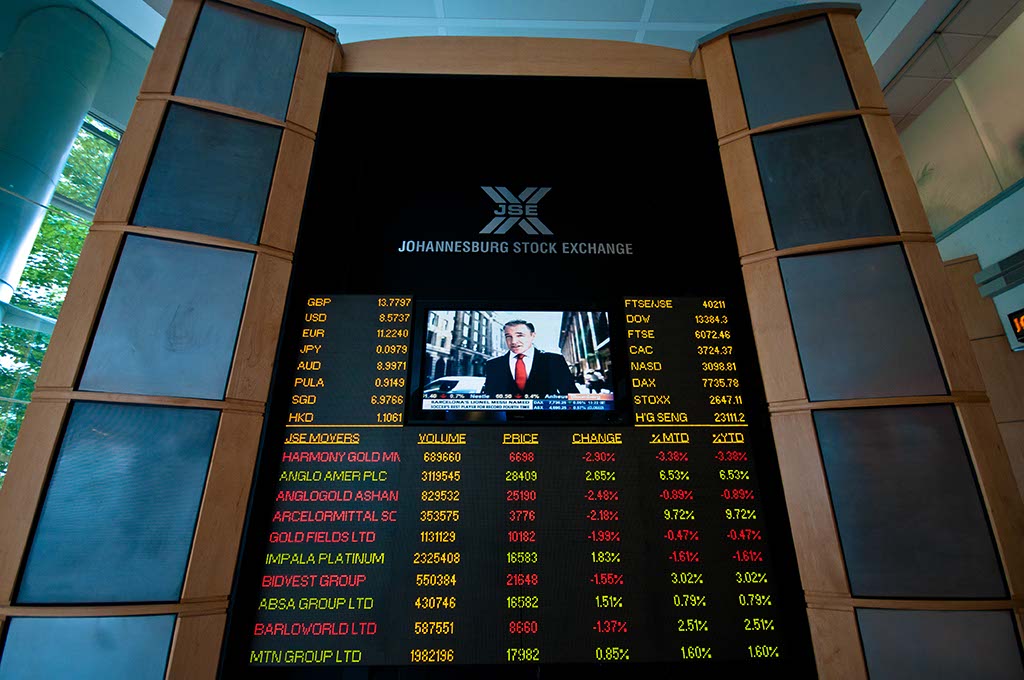 File: A file picture of the Johannesburg Stock Exchange.

JOHANNESBURG - The JSE continued its morning trajectory at midday on Wednesday as gold shares reduced early morning losses‚ and industrials were slightly up in lacklustre trade.

Platinum shares rebounded on a flat platinum price of $976.11 an ounce.

Retailers were firmer on the positive consumer inflation data‚ which showed that the consumer price index dropped to an annual 6.1% in March from 6.3% in February.

READ: Copper and zinc likely to drag JSE down on Wednesday

Lower inflation improves the likelihood of an interest-rate cut in the second half of the year‚ thereby boosting disposable income for consumers and thus supporting retailers. However‚ the Reserve Bank is likely also to keep a close eye on the rand‚ among other factors‚ before making an interest-rate decision.

The market showed little reaction to views expressed by Finance Minister Malusi Gigaba that he would seek to avoid a ratings downgrade by Moody’s‚ on the Treasury’s planned investment road show in the US.

Moody’s has not yet made an announcement on SA’s sovereign credit‚ following the downgrades to junk status by S&P Global Ratings and Fitch earlier in April. Analysts said the effect of the downgrades may be less onerous than previously thought. “The actual difference in absolute credit risk was marginal‚” Citadel chief investment officer George Herman said.

Pick n Pay was 3.52% lower at R62.26 following the release of annual results in the morning‚ which showed aftertax profit growth of 17% to R1.2bn.