Lanzhou positions itself as new Belt and Road economic hub 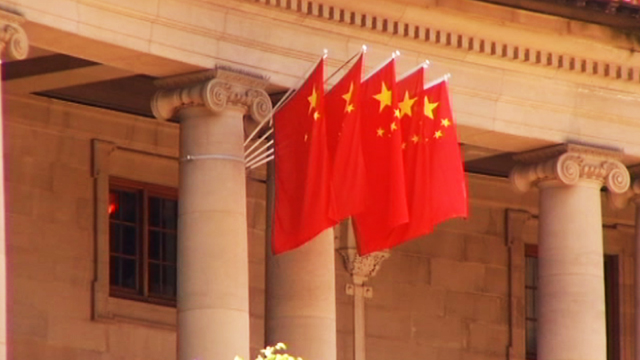 China,20 January 2016 - The Chinese economy grew last year at its slowest pace in a quarter of a century. Some analysts believe the slowdown is largely due to the short term restructuring of the economy.

LANZHOU, China – The city of Lanzhou signed 164 investment projects totaling more than RMB 111.4-billion (R220-billion) during the 23rd Lanzhou Investment and Trade Fair that concluded on Sunday, a sign for the government of promising economic growth as the city positions itself as a key transport link and manufacturing hub for China’s transnational “One Belt, One Road” economic plan.

Once an important trading town on the old Silk Road, Lanzhou is seeking to revive its fortunes and return to prominence as a future gateway to Western China and Central Asia in the “One Belt, One Road” initiative, the extensive network of rail lines and highways connecting Chinese factories with markets in the rest of Asia and Europe.

Already, a freight cargo line has begun shipping goods from eastern China to western Europe through Lanzhou, with two trains arriving in the city every day. On Sunday, a new high-speed rail line started service between Lanzhou and Baoji in Shaanxi province, linking the vast, remote western half of China with the rest of the national high-speed rail network.

And last year, a new cargo rail line opened between Lanzhou and Tibet, allowing goods to be shipped to the Nepal border and then transferred to trucks to reach the capital of Kathmandu.

“Lanzhou is located in the exact center of the country,” said Mao Yuduo, the director of the Lanzhou government’s Economic, Cooperation and Services department. “It has an obvious advantage in terms of transportation. And it’s the biggest logistics center to deliver cargo in western China.”

Given Lanzhou’s prime location, the government has invested heavily to build a sprawling 800-square-kilometre city known as the Lanzhou New Area to the north of the city, with a free-trade zone, scores of high-rise apartment blocks, and infrastructure to support industries such as petrochemical, biomedical, and automobile and equipment manufacturing, as well as a burgeoning information technology sector.

The government is also keen to attract tourists with a just-opened dinosaur-themed amusement park (complete with water slides and a hotel), mini-replicas of the Great Sphinx in Egypt and the Parthenon in Greece, and a RMB 3 billion, state-of-the-art film studio.

The Lanzhou New Area was the first state-level “new area” economic zone in northwest China—similar in status to the Pudong New Area in Shanghai—when it was founded in 2012.

“Every new district has different responsibilities and Lanzhou’s responsibility is to be pole of economic growth of northwest China,” said Hao Jingxin, the director of the Lanzhou New Area’s Economic, Cooperation and Services department.

Since its inception, the new area has steadily attracted investors from across China and overseas, such as a German company producing steel pipes and a South Korean company making facial products, Mao said.

Shenzhen-based Amer International Group, one of the world’s largest copper companies, set up its production base for western China in the new area last year. In the first six months of 2017, the company earned RMB 4 billion in sales from the new factory, according to Wang Ligang, Amer’s Investment Committee vice chairman.

Wang said the factory’s position in Lanzhou saves considerable time and money shipping goods to Europe—it takes just 30 days for its copper products to reach Germany by rail, compared to the usual 45 days by ship.

“When China was the strongest country in world in the Han and Tang dynasties, it was because of the Silk Road,” Wang said. “Now, China could not realise its future development without ‘One Belt, One Road.’'

At the Lanzhou Investment and Trade Fair, dozens of businesses from across Asia, Europe and Africa were also eager to talk up the potential market for their goods in western China. There were stalls selling everything from red wines from France and Spain to jade bracelets from Myanmar to organic jasmine rice from Cambodia.

Many Chinese provinces and localities also had their own booths promoting food products like goji berries from the Ningxia Hui Autonomous Region, buckwheat tea from Sichuan province and bags of bright-red chili peppers from the city of Chongqing.

Samir Ahmad, the China sales manager for an Indian handicraft company called Moughal Cottage Industries, said he sold so many Kashmir silk rugs and Pashmina shawls when he attended the fair for the first time last year, he decided to come back for this year’s edition.

“Lanzhou is one of the places in China which has a Muslim influence,” he said. “I would say that’s a benefit which brings us more and more customers—it’s the culture here.”

“This fair is always good. People always buy,” he said. “Whenever we come here, we come with good expectations.”