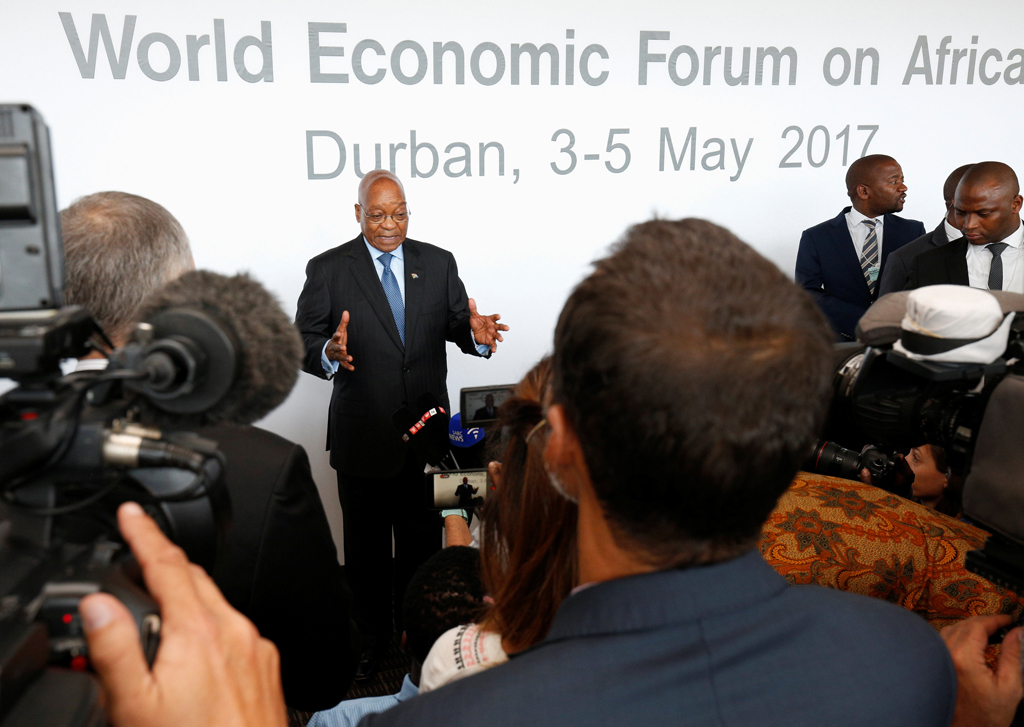 South African President Jacob Zuma speaks to journalists after a tour of the World Economic Forum on Africa 2017 meeting in Durban, 3 May 2017

He was speaking at the World Economic Forum on Africa.

"Economies cannot grow as quickly as people expect them.

"We need more investment and that investment should come but most of us are the subsistence level so that is the area where some violence can take place, but that one expects can be ameliorated as the economy improves," Mugabe said.


SA inclusion in BRICS not a small victory

Chairperson of the South African chapter of the Brics Business Council, Dr Iqbal Surv on Wednesday lauded President Jacob for South Africa’s inclusion into the Brics partnership zone, a move he said continues to open doors for the Southern African economy.

He was addressing delegates at a dinner hosted by the Brics Business Council in Durban on the sidelines of the World Economic Forum on Africa meeting.

"I know that there are a lot of critics of President Zuma,” he said, [but] “it is President Zuma, under his administration, that South Africa was able to become a Brics member. I think we should thank the president. It’s not an insignificant achievement for our country to be a participant member of economies that are the second and fifth largest economies in the world.”

Surv added that African countries, instead of competing against each other, should rather unite and foster closer ties.

On Thursday, President Zuma took questions at the WEF Africa:


More than 1,000 leaders from more than 100 countries, representing business, government, academia, civil society, media and the arts have descended on Durban for the WEF meeting, this year themed “Achieving Inclusive Growth through Responsive and Responsible Leadership”. -- Additional reporting: eNCA

* For the full programme on the World Economic Forum on Africa, see below: